Sarfo Taylor Nets On His Debut For Vendsyssel FF 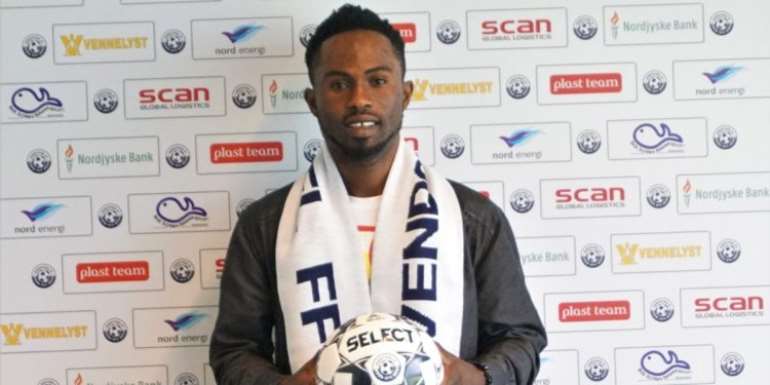 Ghanaian striker Solomon Sarfo Taylor registered his debut goal for Vendsyssel FF as they thrashed Kjellerup IF on Wednesday in the Danish Cup.

The goal was Sarfo’s maiden goal for his new club as they secured a vital win.

The former Karela United marksman was introduced into the game on the 65th minute as a substitute for Wessam Ali and quickly established himself in the game by scoring six minutes later to make it 9-0 for Vendsyssel FF.

Sarfo joined Vendsyssel FF from Karela United after emerging as one of the standout performers in the NC Special Competition.