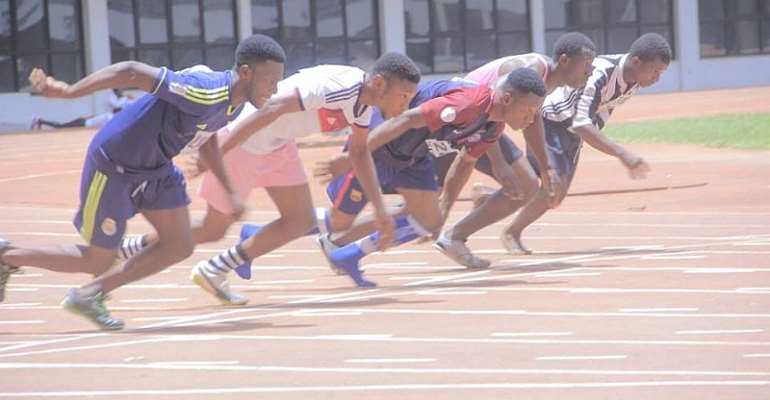 The Baba Yara Stadium in Kumasi is ready for the finals of the 2019 GNPC Ghana’s Fastest Human with the Nana Akufo Addo Trophy at stake under floodlights.

Former international athlete Reks Brobby, founder of the athletics campaign to unearth and groom sprinters has said the final meet of the year is expected to draw athletes to battle for honours in the U-10, 15 and 18 categories with the ultimate winner running home with the Nana Akufo-Addo’s trophy.

“It’s a different feeling running under floodlight; it is one of the initiatives to give our athletes a different feel of what they are used to. The regional events produced fireworks and we believe the final will follow the same pattern. I have checked on the various combatants and indications are that a lot of hard work is going into their training programmes,” he said.

Reks Brobby said, “We should expect fireworks in Kumasi next month; it’s less than two weeks you know. We are there in terms of logistics, human resource and all that. We pray for a good weather and we promise to deliver a high-class final.”