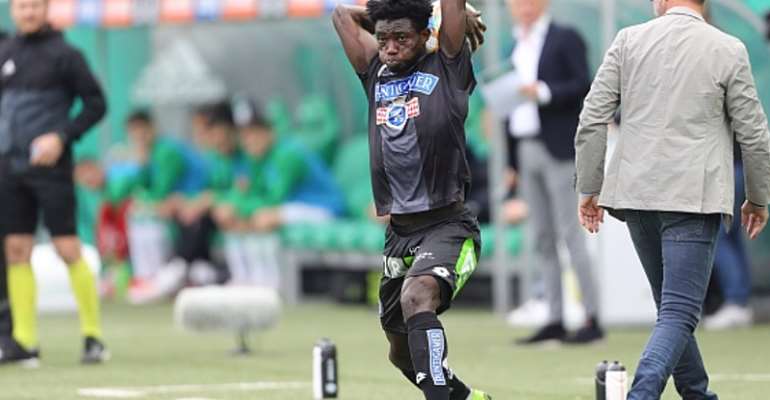 Celtic are in search for a replacement for Kieran Tierney who joined Arsenal in a £25m deal earlier this summer.

Mensah, who was strongly linked to Barcelona has emerged as the target.

However, Celtic manager, Neil Lennon admits his side are still very much in the hunt for fresh faces ahead of next Monday's signing deadline.

"We need players in two or three positions. Hopefully, we can get some quality bodies in.

"If we do, I’d like to take them to Sweden with us to integrate them with the group if they have an opportunity to play next weekend.

Mensah turned heads with an all-action display for the Austrian champions against Chelsea in a glamour friendly last month and is under contract until 2024.