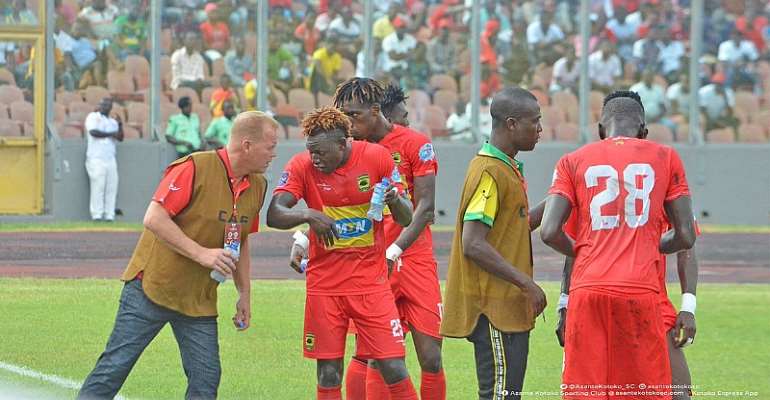 "I can say here [Oyerepa FM] that we are working on a very big sponsorship for Asante Kotoko.

"Very soon we will make it public, we have met those concerned from both sides and will be concluded soon.

The Porcupine Warriors are currently Ghana’s sole representative in the ongoing 2019/20 CAF Champions League after eliminating Kano Pillars on a 4-3 aggregate last weekend.

The Baba Yara outfit will now face Tunisian club Étoile Sportive du Sahel in the final qualification round of the competition next month.

For all that, the Okyeman Planners bankroller also lauded the management of Asante Kotoko led by Dr Kwame Kyei for elevating the branding status of the club and also attracting millions of fans.

"It will interest you to know that they have been able to package the club so well that the supporters are trooping to watch them and that’s where the money will come from.

The former GFA vice president is in a fiercely contested race for the topmost position in Ghana football after the reign of the previous administration was replaced by a Normalization Committee last year.

With elections in sight, many football bigwigs have tipped George Afriyie to succeed his former boss, Kwesi Nyantakyi.

Finance Minister Refused To Save 'Distressed' uniBank — Ex-D...
53 minutes ago