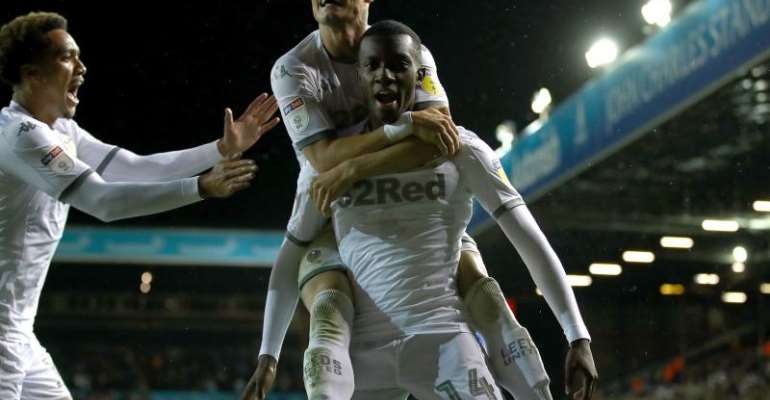 English born Ghanaian youngster, Eddie Nketiah scored his second goal for Leeds United from two starts, however, The Whites are now out of the Carabao Cup after suffering a -4 defeat to Stoke City in a penalty shootout.

Jack Harrison missed the winning penalty for Leeds after England goalkeeper Jack Butland - back in the Stoke City goal after being dropped for Saturday's league defeat against the same opponents - had put the visitors 5-4 up in the shootout.

Butland had previously allowed Leeds back into the game after striking a goal-kick against his own defender, allowing Nketiah to halve a 2-0 deficit assisted by Danny Batth and Sam Vokes' quick-fire goals at the end of the first half.

Helder Costa headed in Leif Davis' cross from close-range with ten minutes remaining to force the shootout, but Harrison fired his penalty against the post as Stoke went through.

Nketiah is currently sitting on three goals for Leeds since joining from Arsenal during the summer transfer window.

The promising forward joined the club on loan from Arsenal.