Ashgold Defender Not Perturbed Over Black Stars 'B' Snub 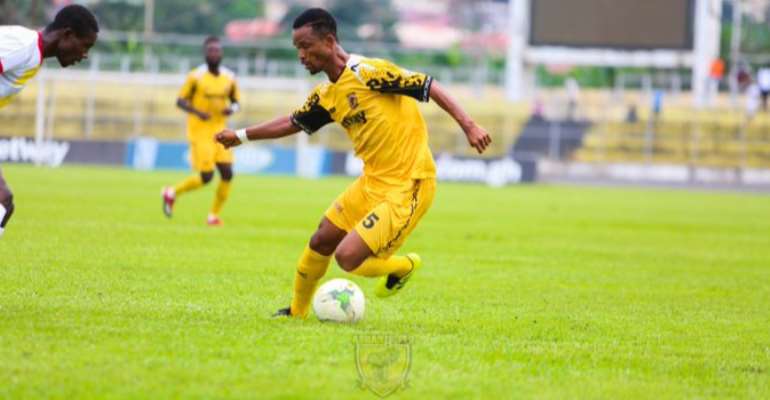 Ashanti Gold defender, Richard Osei-Agyemang has reiterated that he is not perturbed over his exclusion from the Black Stars B squad to face Burkina Faso in the Championship of Africa Nations qualifier.

The former Asante Kotoko centre-back has been surprisingly been omitted from Maxwell Konadu’s squad.

Osei-Agyemang has been one of the best players for Ashanti in the CAF Confederation Cup so far.

“All the players called by Maxwell Konadu deserve a call up so I don’t have a problem. You shouldn’t be disappointed as a player when you are not called into the national team. Any player who does that lacks vision” Agyemang told OTEC FM.

“Every Ghanaian player deserves to play for the national team so I’m not hurt or disappointed," he added.