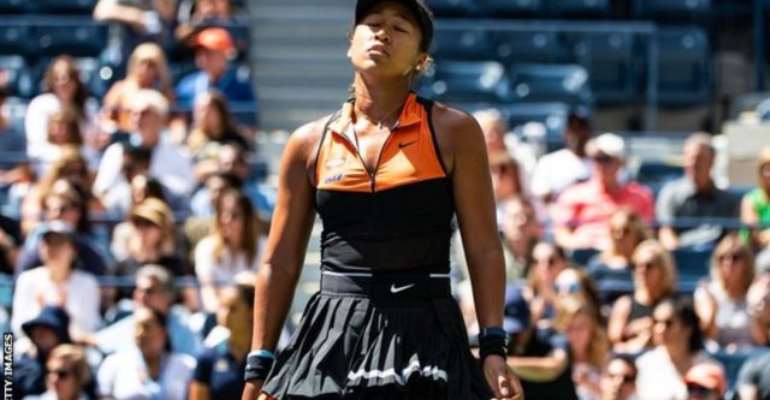 Defending champion Naomi Osaka overcame a nervous start to scrape past Russian 20-year-old Anna Blinkova 6-4 6-7 (5-7) 6-2 in the US Open first round.

Osaka was 4-1 down in the opening set before she won five games in a row to take the lead.

In a second set riddled with errors, she saw off three sets points and held match point before losing a tie-break.

The Japanese world number one, who made 50 unforced errors in the match, fought off three more breakpoints in the decider and will now face Polish world number 53 Magda Linette in round two.

Romanian Halep took a fairly comfortable first set against Gibbs, ranked 135th, but despite holding off six set points, was broken for a fourth time late in the second.

But she cruised through the decider, breaking twice to ensure she avoided three successive first-round defeats in New York.

The fourth seed will face world number 116 Taylor Townsend, another American, in the second round.

Gauff, who stunned Venus Williams on her way to reaching the fourth round at Wimbledon this year, faces Hungarian doubles specialist Timea Babos next. 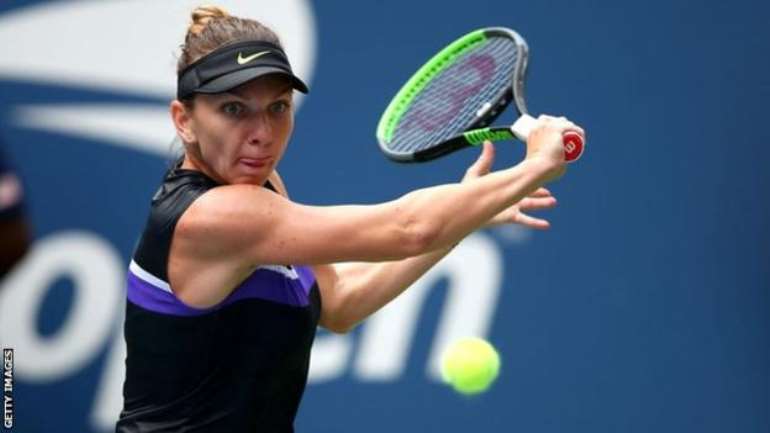 Simona Halep has been in three finals since last year's US Open, winning two of them

'Never been this nervous in my life'

Osaka, 21, announced herself to the tennis world when she won back-to-back Grand Slams in New York a year ago and Melbourne in January.

That propelled her up the world rankings but Osaka said in June her French Open third-round exit was "probably the best thing that could have happened" because she was suffering headaches from the "stress" of being the top seed.

She was then dumped out of Wimbledon in the first round before retiring with a knee injury in the quarter-finals at Cincinnati this month - the same knee was heavily strapped here at Flushing Meadows.

"I don't think I've ever been this nervous in my life," Osaka told the crowd on Arthur Ashe court. "I came off really slow and never really found my rhythm. I fought as hard as I could and managed to win.

"You want to do well after you did well last year. I didn't smile much playing this match so hopefully, I can change that in the next match. It's kind of just a game so I have to remember that."

Osaka avoided becoming only the seventh player to lose in the opening round of a women's singles title defence at a Grand Slam, while defeat would have cost her the number one ranking.

'I gave my family a heart attack' 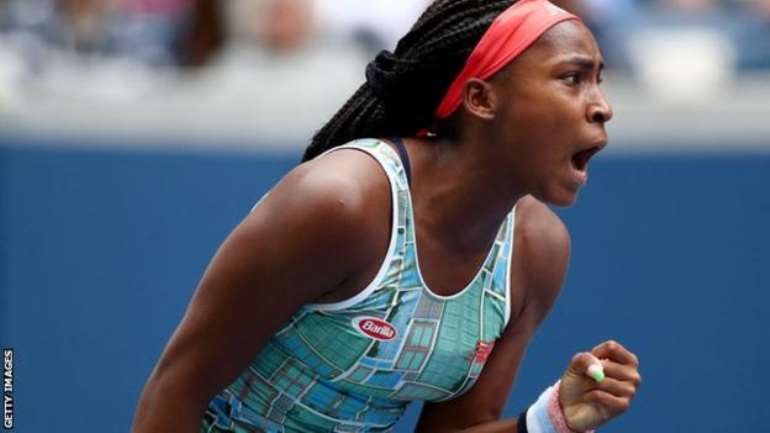 Teenage sensation Gauff, playing singles in front of a home crowd at Flushing Meadows for the first time, carried on the momentum she built this summer by producing another thrilling comeback.

She looked nervous in the opening set - hitting just three winners and 16 unforced errors - as the crowd were silenced by 18-year-old Potapova, who appeared to be in control when she broke again early in the second.

But Gauff, who saved two match points in an astonishing victory over Slovenian Polona Hercog in the third round at Wimbledon last month, broke back three times and went on to win the decider.

This latest victory comes in the same month she won her first WTA doubles title at the Washington Open alongside compatriot Catherine McNally, 17.

"I wanted to win and I was trying to calm myself down. The crowd really helped me. I was almost out," said Gauff, whose family celebrated deliriously in the box when Potapova's forehand flew over the baseline to give the American victory.

"I think I gave my family a heart attack, especially my mom. My dad looks a little bit tired over there too!"

And Gauff showed her inexperience when a reporter informed her she did not have to play her second-round match until Thursday: "I'm so used to the juniors. I forgot about the day off thing in Grand Slams."

Muguruza out but Kvitova through 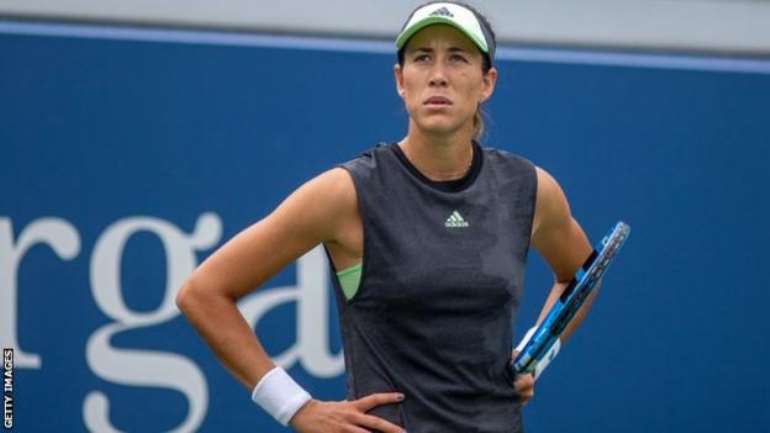 Former world number one Garbine Muguruza also made a first-round exit from Wimbledon in July, losing in straight sets to Beatriz Haddad Maia

A shock looked on the cards for the former number one when she went down 6-1 in the first set, but the Dane bounced back to take the next two sets 7-5 6-3.

There was, however, a first-round exit for two-time Grand Slam champion Garbine Muguruza, who lost 2-6 6-1 6-3 to Alison Riske.

American Riske, ranked 11 places below the Spaniard at 36th, sealed her first win at Flushing Meadows since 2013 and will take on former French Open champion Jelena Ostapenko in the second round.

"I remember not even that long ago, it was different. You had a difference between the top players and not top players," said Muguruza, who has suffered three first-round defeats in New York.

"Now, you feel like if you're not 100% every day you play, you know all your opponents can play great. It's much more equal."

And Canadian 15th seed Bianca Andreescu is through with a comfortable 6-2 6-4 win over American 17-year-old Katie Volynets.