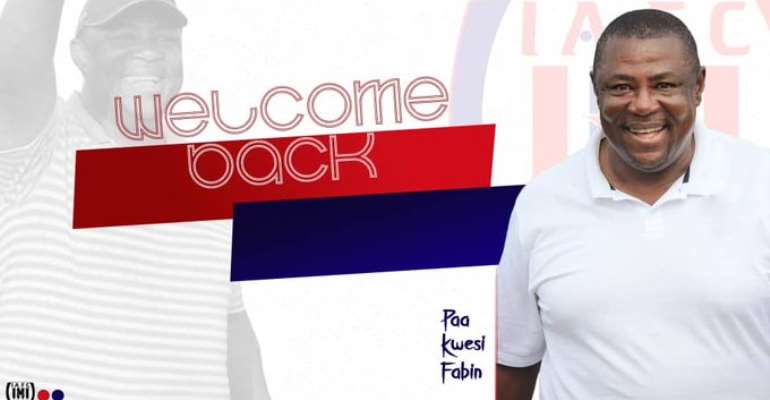 Paa Kwesi Fabin has shared his delight after being appointed head coach of Inter Allies whiles stressing that he looks forward to building a side that will be successful in the near future.

The experienced youth trainer was confirmed as the new manager for the Ghana Premier League side on Wednesday, August 28, 2019.

He was in charge of the side during the 2014/15 Ghana Premier League season where he led the team to a 6th place finish.

Ahead of the possible return of the local league in the next couple of months, management of Allies has handed him the coaching job in hopes of helping to polish the talents at the club into a winsome set.

“It was a privilege to serve as head coach during the 2014/15 season and I look forward to building off that success again”.

According to Delali Eric Senaye who is the Vice President of the Eleven Is To One club, they are pleased to have Fabin on board for another spell.

“Fabin is an outstanding coach who has worked well with us before. He is a tremendous leader and strategist”.

“We are very happy that he is back,” he said.