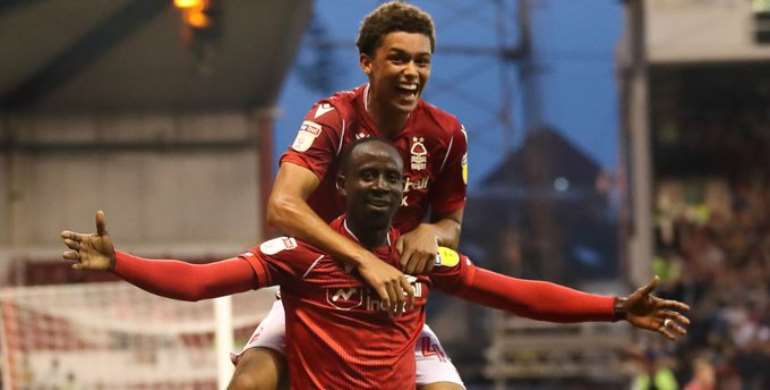 Ghanaian international Albert Adomah enjoyed a successful evening on Tuesday as his side thumped bitterest rivals Derby County 3-0 in the second round of the 2019/2020 Carabao Cup.

The Reds hosted the Rams at the City Grounds in their first derby clash of the season featuring two new coaches at both ends.

Adomah who has been in fine form since the start of the season put up another impressive performance on the day to inspire them to victory.

His 25th-minute strike gave Forest the lead in what went on to become a 3-0 humbling of Derby. Rafa Mir and Lolley played some lovely football before handing the Ghanaian the opportunity of tapping home from close range.

Ten minutes late, the formal Aston Villa man returned the favour and assisted Lolley to net the second goal for the winners.

Despite the two-goal cushion, Forest continued to tame Derby and went on to score a third through Joao Carvalho who came on as a second-half substitute.

Albert Adomah lasted the entire duration of the match, with his inputs being key for the side all night long.

Forest are through to the third round of the Carabao Cup and will know their next opponent after the draw later today.