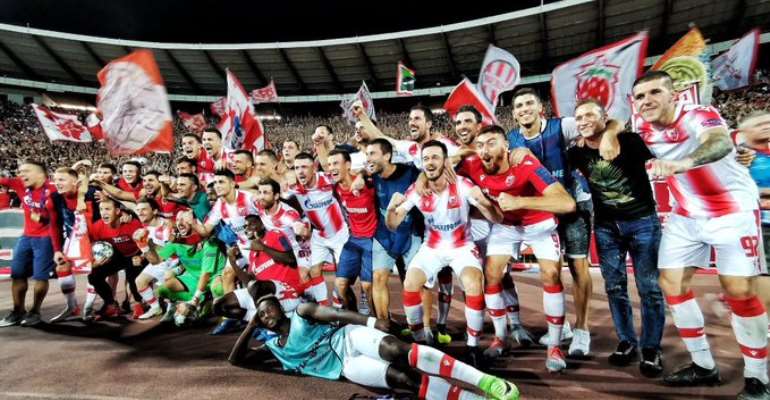 The striker has been in fine form for the side throughout the play-off period and played an integral part when they locked horns with the Swiss Champions in the final round of the playoffs yesterday.

Having drawn the first leg 2-2 in Switzerland last week, the two sides met yesterday at the Rajko Mitic Stadium in hopes of getting the result that will see them earn a spot in the group stage of the UCL.

Boakye Yiadom and his Red Stars teammates put up a commendable display and managed to earn a 1-1 draw at the end of the 90 minutes which sees them emerge as winners of the tie courtesy the away goal rule of their 3-3 aggregate win.

The attacker who was on target in the first leg played 62 minutes of the game before he was replaced by Fernandez Mendes.

He is their leading marksman and will be instrumental for the Serbian heavyweights if they are to progress from the group stage to the knockout phase of the 2019/2020 edition of the Uefa Champions League.

Meanwhile, the draw for the group stage is set to come off at the Grimaldi Forum in Monaco on Thursday, August 29, 2019.