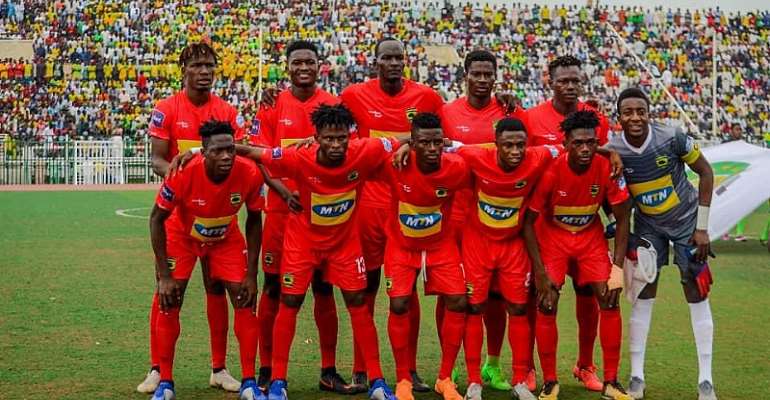 Ibrahim Musa, the head coach of Kano Pillars has charged Asante Kotoko to improve defensively if they want to adance in the CAF Champions League.

The Porcupine Warriors booked their name in the next round of the competition after a 2:0 win over the Nigerian side in the return encounter at the Baba Yara Stadium.

Despite failing to qualify over the Ghana Premier League side, Musa beleives the Reds must improve their backline.

"I believe Asante Kotoko can go far because they are a very good side and won't be easy for any side playing them; even in Kano, they gave us a very good match," Musa said, as reported by Kickgh.

"The midfield and attack are okay and the full-backs are okay, but they need to work on their centre pair."

The Porcupine Warriors will face Etoile du Sahel of Tunisia next month.

Kjetil Zachariassen's outfit, who reached the group stage of the Caf Confederation Cup last season, have set a target of at least making the next round of the Champions League this year.

Their last appearance in the elite championship ended in a first-round exit in 2015.