Shafiu, 8 Others Get Black Stars B Call Up 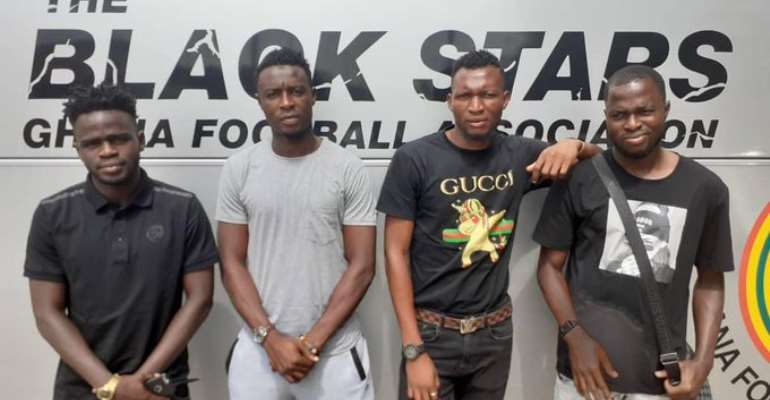 Ashantigold's top marksman, Shafiu Mumuni, was invited to the Black Stars B squad hours after hitting a hat-trick against Akonangui FC in their CAF Confederation Cup return leg at the Obuasi Len Clay Stadium last Saturday.

Shafiu joined his colleagues in camp at the Georgia Hotel in Kumasi on Monday and had his first training with Maxwell Konadu's side at the Kumasi Stadium.

Coach Konadu who was present at Obuasi to watch the Ashantigold game immediately handed the Miners goal poacher the call-up to help prepare for Ghana's Zone West B African Nations Championship (CHAN) qualifier against Burkina Faso on September 20.

Shafiu was part of the Black Stars B team which held Namibia to a 1-1 draw in an Independence Anniversary match in Windhoek last year and actually scored Ghana's goal in that game.

The Ashgold skipper reported to camp alongside three of his teammates - Latif Anabila, Appiah McCarthy and James Akaminko.

All the three midfielders featured in Coach Ricardo Da Rocha's squad which demolished the Equatorial Guinea side last Saturday.

The Black Stars B are preparing feverishly towards their two-leg tie against the Burkinabe, hoping to qualify for the next CHAN slated for Cameroun in January-February 2020.

Ghana failed to qualify for the last CHAN tournament hosted by Morocco in 2018.

Meanwhile, both Ashantigold and Kotoko will tackle their next opponents in the CAF clubs competitions in the middle of next month.