Commey vs Lopez Likely To Happen In December 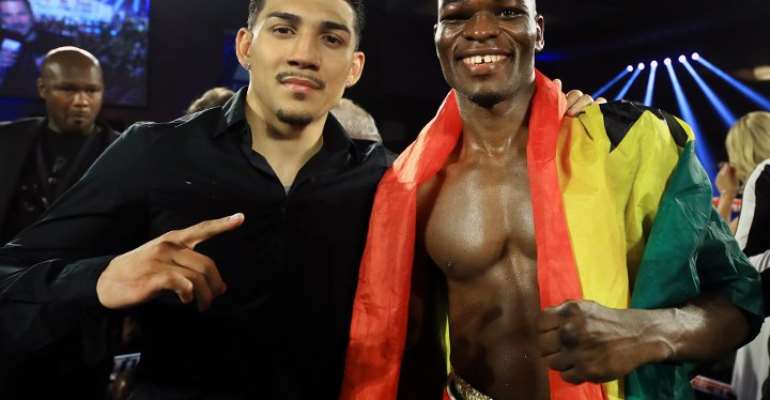 Richard Commey’s much talked about showdown with Teofimo Lopez looks very likely to take place in New York in December this year.

The bout, should it be arranged, will be part of ESPN’s broadcast of the Terence Crawford vs Egidijus Kavaliauskas bout at the Madison Square Garden on December 14.

Commey has to defend his IBF Lightweight title against Lopez in a mandatory bout that was ordered by the IBF earlier this month.

The announcement said that the boxers and their teams had to sit and negotiate terms by a September 7 deadline.

According to boxingscene.com, the two camps are said to have strongly hinted at the December 14 date and it is very possible that the date will stand.

Lopez became the top contender for Commey’s belt after he defeated Masayoshi Takatani in July via the judges cards and now, if negotiations work out well, he will get a shot at trying to win the belt after openly stating his wish to become the division’s new champion and go after Vasyl Lomachenko for his WBA and WBO belts in a bid to unify the crowns.