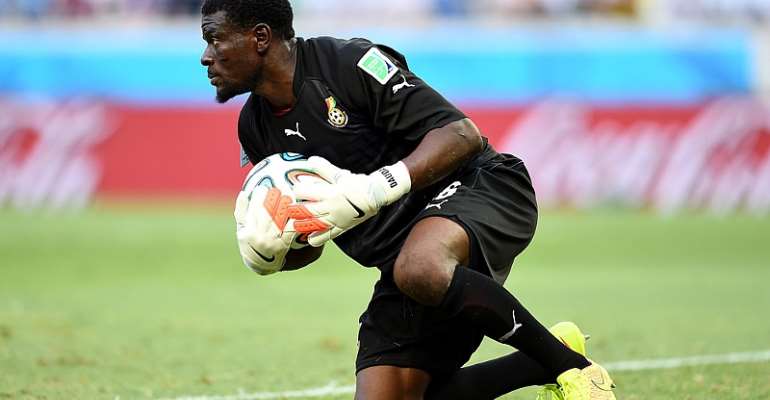 Former Black Stars goalkeeper, Abdul Fatau Dauda has revealed how Kwadwo Asamoah gifted him GHC5,000 due to his splendid performance in an Africa Cup of Nations game against Cape Verde.

The Eyimba FC shot-stopper won the man of the match award after making crucial saves to safeguard the Black Stars to book a place in the semi-final over Cape Verde in the 2013 Africa Cup of Nations in South Africa.

"After the Cape Verde match, Kwadwo Asamoah gave me GHC5,000. He told me to come over to his room after the game. So I thought he was going to give me a boot but fortunately for me, he dashed me the money" he told Don Summer.

According to him, he was shocked and has heaped praises on Asamoah for his kind gesture.

He reiterated that he will not forget what his compatriot did for him at the time hoping to have a good relationship with him.

Ghana were crashed out by Burkina Faso in the semi-finals of the tournament.