Emmanuel Adebayor Joins Turkish Side Kayserispor On A One Year Deal 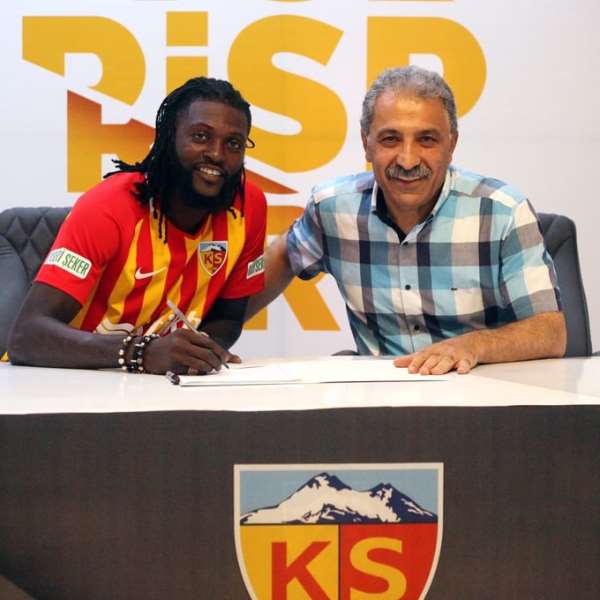 Turkish side, Kayserispor have announced the signing of Togo icon Emmanuel Adebayor on a one-year deal.

The former Africa footballer of the year award winner parted ways with Istanbul Basaksehir at the end of last season by mutual consent.

The former Arsenal, Real Madrid and Manchester City forward went in search of a new challenge elsewhere and has now been snapped up by the Anatolian Star for the next 12 months.

On Monday, Kayserispor confirmed the addition of the former Arsenal frontman on a one year deal.

His latest deal takes the list of clubs he’s represented in his career to nine.

Currently sitting in 13th place after two games, Kayserispor play host to champions Galatasaray in-game week three of the new campaign as they search for their first win of the season.

Adebayor will hope to prove his fitness in time for the encounter at the Kadir Has Stadium on August 30.