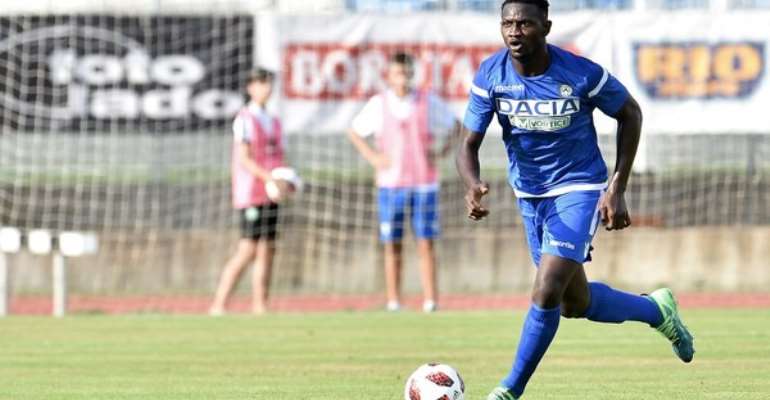 French Ligue 1 side Amiens have tabled a £5 million offer for Ghana and Udinese defender Nicholas Opoku, AshesGyamera.com can confirm.

According to sources close to the player, the French club has opened discussions with Udinese and put their first offer on the table this week, although no agreement has yet been reached.

The 21-year-old had a breakthrough season two years ago with Tunisian side Club Africain which paved way for his move to Udinese last season. He went on to make 12 league appearances and played a crucial role in the club's relegation survival.

Amiens, who have identified the defender as their top summer target, is set to battle it out with other interested clubs from France.

However, Opoku is likely to join head coach Luka Elsner at Amiens since he has been a long-time admirer and has reportedly promised him enough playing time to improve his talent.

Opoku, who missed Udinese's victory on Serie A opening day against AC Milan, made his debut appearance for Ghana in 2017 against the United States of America and now boasts of four caps.

He was part of the Black Stars squad that qualified Ghana to the 2019 Africa Cup of Nations held in Egypt.