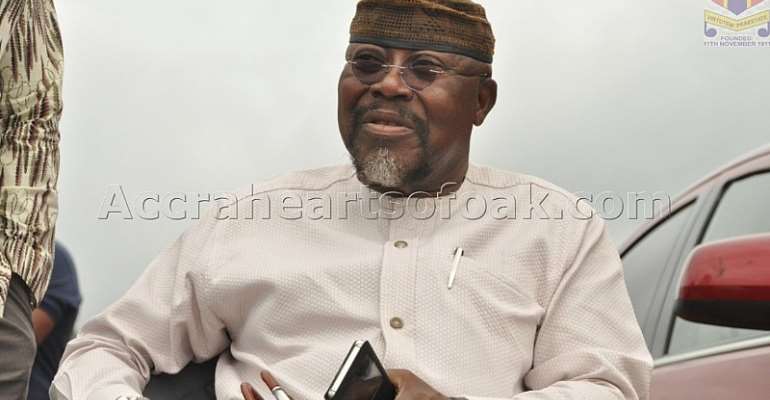 A former chairman of the Ghana Football Association (GFA), Dr Nyaho Nyaho-Tamakloe, has endorsed Fred Pappoe as the best candidate for the FA’s top job.

Affectionately called Papsay, Mr Pappoe, who once served as vice to former GFA president, Kwesi Nyantakyi, is among a number of football administrators who have declared their intention to contest for the vacant GFA job.

Already, some GFA presidential hopefuls have began jockeying for position ahead of the long-awaited elective congress of the GFA to select new executive committee members of the football controlling body, including a new president to succeed Mr Nyantakyi, who resigned the position last year before being handed a lifetime ban months later by FIFA for ethical violations.

Dr Nyaho-Tamakloe believes the development consultant for Danish agency DANIDA and the Norwegian Embassy in Ghana, is the only credible candidate among the many hopefuls and wants the delegates to look in his direction as the true saviour of Ghana football.

He explained that while serving as the chairman of the FA, Mr Pappoe served under him and he could vouch for his integrity and honesty as he proved to be a really hardworking person who must not be overlooked for any other person.

“Papsay is a very sincere, open, straight-forward person and these are the people I really admire. I have worked with him at the FA and I know what he is capable of doing and I believe he will be the best person to head the FA”, he said of his former FA management board colleague.

He added that the GFA’s reputation had sunk so low that salvaging it would require an experienced person who had the appeal and the requisite experience, insisting that the FA’s former vice president could steer the association out of its current battered state.

“The person who can get the FA out of the doldrums into a respectable position is Papsay,” Dr Nyaho-Tamakloe emphasised.

He stated that most of the candidates who had expressed interest in the position were there for their personal interest other than that of the game but he could vouch for Pappoe as a sincere person who was ready to transform football in the country.

According to the Hearts board member, Mr Nyantakyi’s problems began when he axed Mr Pappoe as his vice president. He stated that the beleaguered FA boss would not have gone through his current predicament if he had maintained Mr Pappoe to bring to bear on the FA’s work his experience with the international agencies reputed for strong corporate governance ethical standards and practises.

“Nyantakyi’s problem was that somewhere along the line he parted ways with Papsay, otherwise he would never have got himself involved in this trouble,” said the former Hearts chairman.