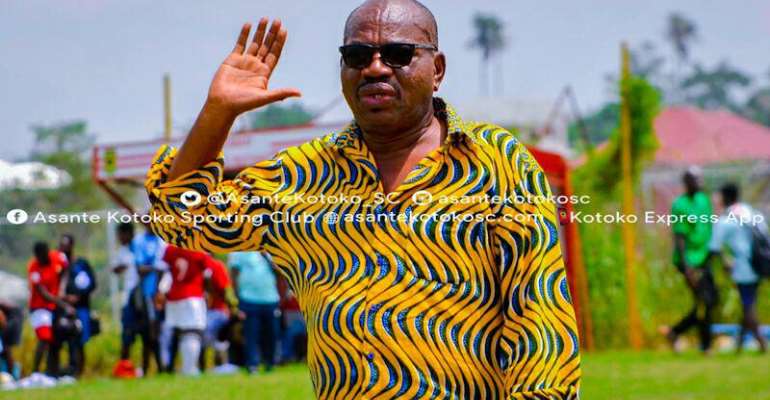 The Chief Executive Officer of Asante Kotoko, George Amoako says his outfit pocketing Gh¢590,480.00 as gross is not enough.

Asante Kotoko recorded the said amount in their CAF Champions League return match against Kano Pillars at the Baba Yara Stadium on Sunday.

However, the National Sports Authority is yet to make deductions from the amount recorded at the stadium.

Speaking to Kumasi based Oyerepa FM, George Amoako said, "There are questions marks with the gross of Gh¢590,480.00.

"For me, it is not enough," he added.
The Porcupine Warriors secured a passage to the next round of the elite competition with a 2-0 victory to qualify on a 4-3 aggregate.

Goals from Kelvin Andoh and Emmanuel Gyamfi booked Asante Kotoko’s ticket to the next stage.

However, Kotoko will have to dig deep when they square off against Tunisian giants Etoile du Sahel next month.