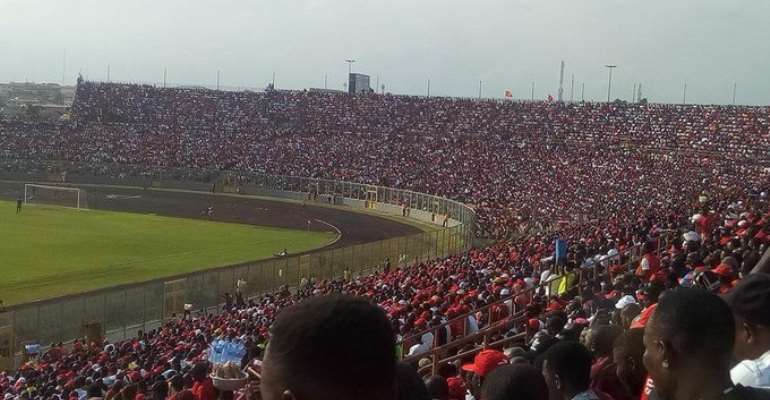 Kumasi Asante Kotoko has bagged a staggering $110,000 from gate proceeds in their CAF Champions League second leg tie against Kano Pillars at the Baba Yara Sports Stadium on Sunday, August 25, 2019.

The Porcupine Warriors hosted their opponent from Nigeria and managed to eliminate them from the competition after beating them 2-0.

In a match massively patronized by the club’s huge support base, it has been revealed that the club earned close to GH¢590,000, which is around a $110,000.

According to reports, at least 30,000 spectators were present at the Baba Yara Sports Stadium to witness the entertaining match.

Having defeated Kano Pillars 2-0 at the end of the matchday, Kotoko emerged as 4-3 winners on aggregate to ensure they progressed to the second round of this year’s CAF Champions League.

They have now set up a date with Tunisian giants Etoile Sportive Du Sahel next month.