Sharapova and Williams renew rivalry at US Open 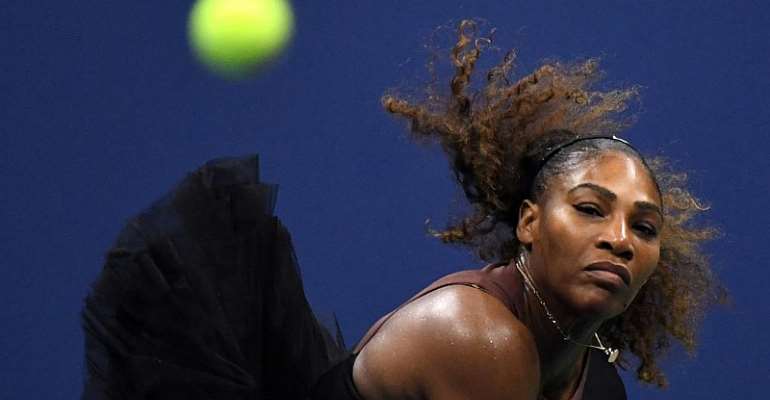 More than 15 years after their first clash at the Miami Open, Serena Williams and Maria Sharapova will do battle in the first round at the US Open in New York on Monday night.

Williams won the last 16 match in Miami in 2004 on her way to lifting the trophy. Sharapova, who had just turned 17, exacted revenge a few months later in the final at Wimbledon - the first of her five Grand Slam crowns - and then beat Williams in the final of the season ending championships.

An exciting rivalry was predicted.
But since those triumphs in 2004, Sharapova has been crushed into second best in the slugfests.

Williams registered 18 consecutive victories over the Russian including a brutal  deconstruction in the final at the 2012 Olympics in London. That ended 6-0, 6-1 to the American. Williams also boasts 23 Grand Slam titles.

Compelling
"Of course I'm going to watch the match," said top seed and defending champion Naomi Osaka, who beat Williams in the 2018 US Open final. "I think everyone in New York is going to be watching that match."

Sharapova ended her sorry sequence against Williams at the 2018 French Open where her nemesis pulled out of their last 16 clash with a shoulder injury.

The withdrawal came a few months after Sharapova had published a book in which she claimed to have heard Williams bawling in the locker room after the defeat at Wimbledon.

“Mostly I think she hated me for hearing her cry,” Sharapova said in her book. “Not long after the tournament, I heard Serena told a friend – who then told me – 'I will never lose to that little b**** again.'”

Downturn
Monday night will highlight the respective falls of the former world number ones.

Sharapova, 32, is just inside the top 100 due to an injury racked season. Williams, a month shy of her 38th birthday, is seeded eighth and nursing a back problem. The veteran has not claimed a major since the 2017 Australian Open. Sharapova's drought stretches back to the French Open in 2014.

According to the form book, Williams should edge the contest for what would be her 20th victory in 23 matches against Sharapova. Should the tie go the Russian's way, the head-to-head will show Williams 19: Sharapova 4.

That's what you get for hearing someone cry.