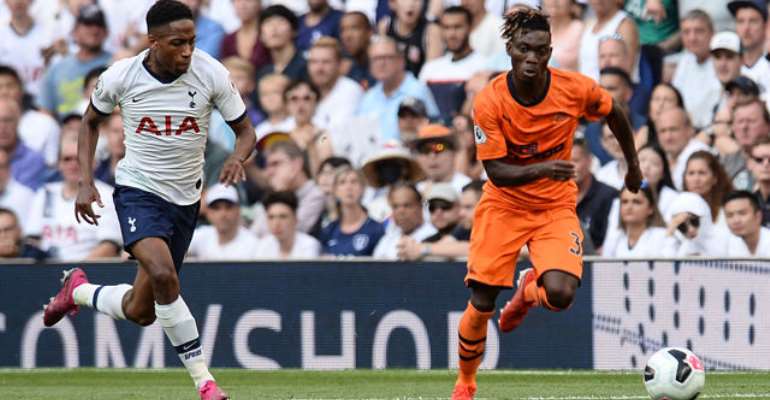 A number of Newcastle fans have responded to Christian Atsu's tweet after the Magpies picked up their first win of the season on Sunday - and many have suggested that they may have just seen the winger's best performance for the club.

Atsu began the game against Tottenham on the bench but was quickly introduced into the contest after Allan Saint-Maximin had to be replaced early on after sustaining an injury.

Steve Bruce's men took a shock lead during the first half, and it was Atsu who provided the assist for Joelinton.

The Ghana international produced a lovely pass into the striker's path, and the club-record signing took full advantage by driving the ball home.

Atsu's other particularly significant contribution came just before the break as he seemingly managed to do enough to put Lucas Moura off when the goal was gaping after Martin Dubravka could not quite deal with a cross into the six-yard box.

It was a huge win for Newcastle after they had lost both of their opening two games of the new campaign.

And it was a performance from Atsu that seemed to catch many supporters by surprise judging by the response to his message on social media after the game.

Atsu did not contribute a single assist in 28 league appearances last season. But some fans are clearly hopeful that this is going to be the winger's year after what has arguably been an underwhelming spell at St James' Park to date.

Here is Atsu's tweet, as well as some of the best responses from the Newcastle fans...