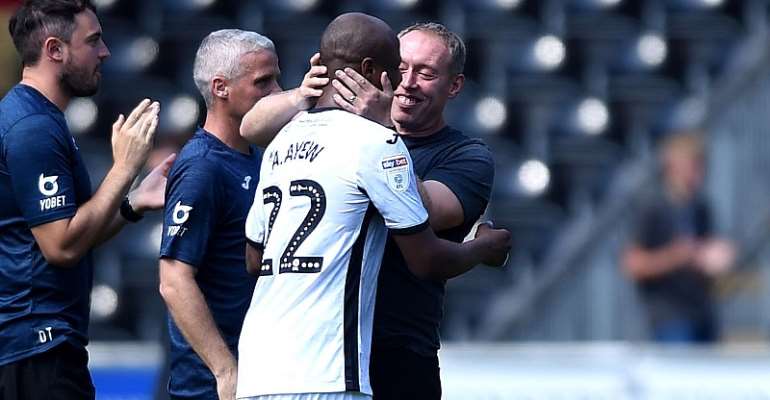 Swansea City boss, Steve Cooper has insisted that Andre Ayew is "happy and motivated" as uncertainty around their futures continues.

The Ghanaian forward has been linked away from the club.

Andre, 29, spent last season at Turkish side, Fernabache but has returned to the Championship side.

With a week left for the summer transfer to end, Swansea are hoping Andre stays at the Liberty Stadium but should offers arrive for either of the forwards in the next seven days they are likely to be accepted due to the strain their wages are putting on the books in SA1.

Cooper spoke to Sky Sports after the convincing 3-0 win over Birmingham City to emphasise that the situation remains unchanged - while also revealing the question that he keeps getting asked.

He said: "I have been asked that question (about players leaving) a lot by the local guys pretty much every press conference for the last four or five weeks.

"Until there is any news, we will crack on and work with the players. I know the players are happy and motivated. That applies to the two who have been mentioned and everybody.

"I haven’t seen anybody language that suggests anyone is looking at anything other than getting ready for the next game. Until that changes, we’ll keep working."

Borja scored again for the Swans, sweeping home his second penalty in a week as the home side ran riot over Pep Clotet's Blues. The win put Swansea back level with Leeds United at the top of the table.

Cooper said he was delighted with Borja's application.

“I have only looked forward with him," Cooper said.

"We came in on the same day of pre-season and he has bought into what we have been doing and he is really motivated.

“Everyone is enjoying the work and are together as a group. He has applied himself and we have some great senior professionals."