CAF CC: Ashgold Were Determined To Win Against Akonangui FC 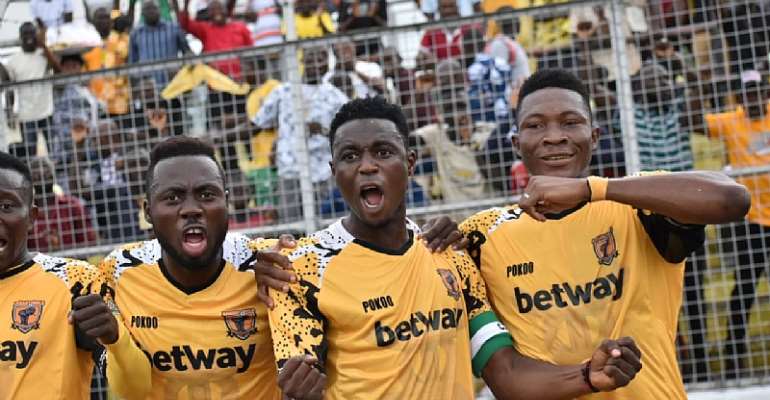 A 3-0 home win in the preliminary phase second leg tie in Obuasi sent the Ghana Premier League side through to the next round of qualifying, 4-1 on aggregate, after the first leg ended 1-1 away in Ebebiyin.

Shafiu hit a first-half hat-trick for the Miners on Saturday at the Len Clay Sports Stadium.

The Obuasi based side are set to face RS Berkane of Morocco in the next round.

"I'm very happy with the hat-trick and also the victory over them [Akonangui FC]," captain Shafiu said, as reported by Kickgh.

"We were determined to eliminate them with more goals in the early minutes of the match and it happened so we are pleased with the result despite not adding more after recess.

"We achieved the victory together as a team with a great performance and hoping to knock out our next opponent [RS Berkane].

"We thank the fans for their unflinching support before and during the match."

With the victory, AshGold are back in continental action for the first time since 2016.

While the player laid all the laurels at the feet of his team, assistant coach Yakubu Mambo was full of praise for the striker.

“Shafiu is very important to the team," Mambo said of his exploits.

"Without him, we find goals very hard to come by.
"He is one of the best strikers we’ve ever had in AshGold and even in Ghana."