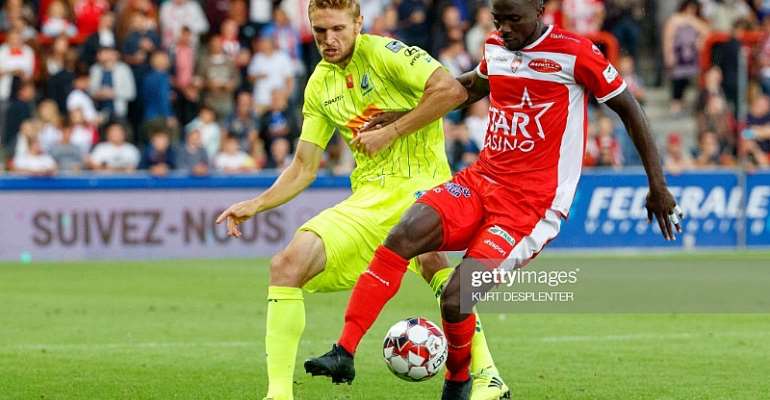 Former Tema Youth and Ghana U-20 striker Jonah Osabutey was on target on Sunday night as Royal Mouscron defeated Eupen 2-0 in the Belgium Jupiler League.

The youngster who has talent in abundance is on loan from German Bundesliga side Werder Bremen for the entire duration of the 2019/2020 season.

Having been called upon to feature for Royal Mouscron, the winger showed his class and performed creditably well to power his side to victory.

The victors took the lead on the 22nd minute courtesy a strike from Sami Allagui. They held on the goal and went into the break well on their way to bagging all three points.

Jonah Ocansey cemented the victory in the second half with an 89th-minute strike to give his side a two-goal cushion.

The 21-year-old enjoyed full throttle and will be hoping to bang in more goals as the season progresses.