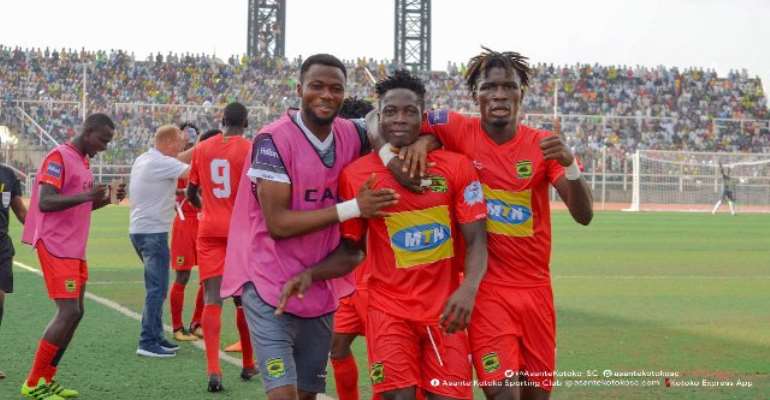 Kumasi Asante Kotoko have reached the next round of the CAF Champions League following a 2-0 win against Kano Pillars at the Baba Yara Stadium in Kumasi on Sunday.

With the first leg ending 3-2 in favour of the Nigerians, the Ghana Premier League giants qualify for the first round on a 4-3 aggregate and will face off with Tunisia's Etoile Sahel.

Mathew Kelvin Andoh grabbed the lead for the Porcupine Warriors in the 3rd minute from a rebound into the net after Pillars goalkeeper Suraji Ayeleso parried Richard Arthur's first shot.

Emmanuel Gyamfi sealed the win the second goal in the 77th minute. The diminutive winger hit a fine strike into the net after a chest pass by Naby Keita.

The first leg of Kotoko-Etoile clash will be in Kumasi on the weekend of 13–15 September and the return leg in Sousse a fortnight later.

The last time Kotoko reached the Group stage of the CAF Champions League was in 2006.