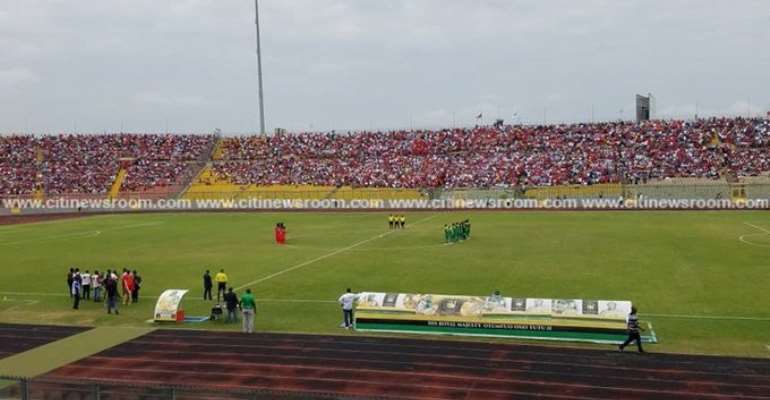 Ghana Premier League giants Kumasi Asante Kotoko and Nigerian side Kano Pillars observed a minute silence for deceased striker Junior Agogo before the start of their second leg tie in the preliminary stage of the CAF Champions League.

The two clubs locked horns on Sunday afternoon in a crucial encounter to decide who progresses to the next stage of this year’s top-tier inter-club competition.

Before kickoff though, they both joined the fans at the Baba Yara Sports Stadium to pay tribute to the formal Black Stars attacker who passed away last week in England.

Junior Agogo died at the age of 40 after battling with stroke since 2015.