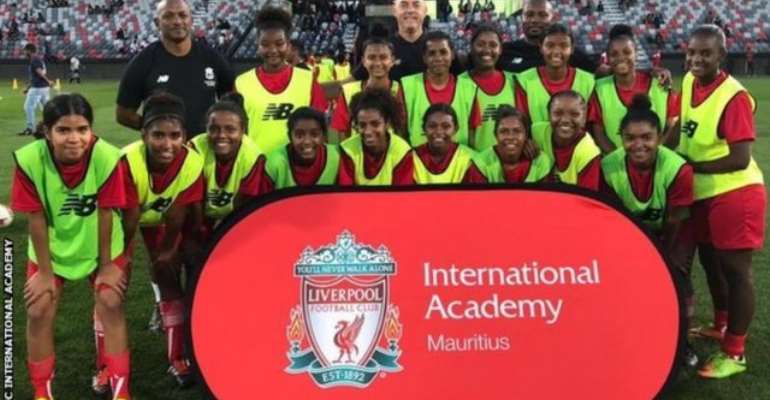 Liverpool Football Club launched a new international academy in Mauritius on Friday in a bid to "bring authentic LFC coaching to young fans around the world."

The academy was launched in partnership with the country's Sports and Youth Ministry and was officially opened in the presence of Liverpool legend Bruce Grobbelaar along with Dan White, Liverpool FC's Vice President of International Academies and the Mauritius Prime Minister, Pravind Jugnauth.

"When we started our conversations, we noticed that we have a shared vision for football development and also the impact the sport can have on the population," Dan White told BBC Sport when asked why the club had chosen the tiny island which lies at 157 in the Fifa rankings.

"There is a hugely passionate fan base in Mauritius and we are confident that this project will be a positive development for football in Mauritius.

"We look forward to working with our partners here to make sure it is a success.

"We want to bring authentic LFC coaching to young fans around the world," White added.

This is the second such Liverpool academy in Africa (the first was launched in Egypt) where the club will aim to deliver ongoing coaching programmes to youngsters on the Indian Ocean island.

Recruitment of players and coaches are underway and a wide range of year-round programmes are planned to begin next month.

The implementation and development of the coaching programme will be supervised by LFC coaching staff, headed by Mauritius-based Neil Murphy.

"We had a very good response with more than 2,400 youngsters who applied to be part of the academy," Murphy told BBC Sport.

"It will be an initial plan for three years and for the first year we are selecting 256 players who will train 3 days a week and we will also be recruiting 17 coaches."

The Mauritius Sports and Youth Minister Stéphan Toussaint is delighted with how quickly the initiative has been implemented.

"The Prime minister himself started the negotiations during his visit in the UK last year," said Toussaint.

"It has been done in a very professional manner and we are delighted to work with the Champions League and Super Cup winners.

"We have the appropriate infrastructure here in Côte d'Or to host the Academy".