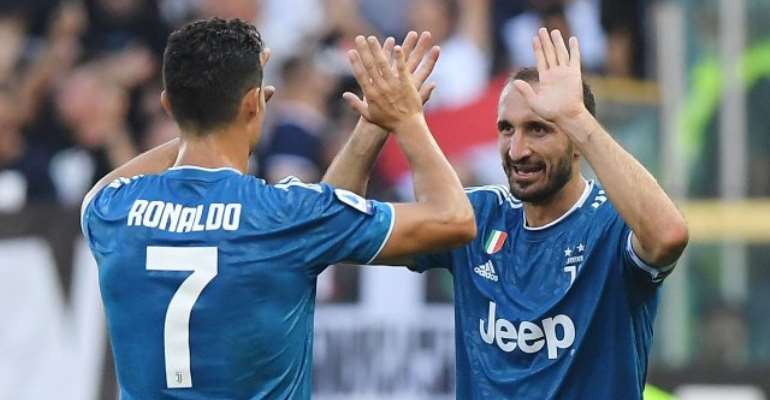 Juventus captain Giorgio Chiellini gave the titleholders a 1-0 win at Parma in the opening Serie A match of the new season on Saturday although they were without new coach Maurizio Sarri who is recovering from pneumonia.

Chiellini flicked the ball home in the 21st minute after Parma failed to properly clear a corner to get the Turin side off to a winning start in their bid for a ninth successive title.

Cristiano Ronaldo also had the ball in the net before halftime but his effort was ruled out after VAR showed that his shoulder was offside by a matter of millimetres when he collected Douglas Costa's pass.

Ronaldo squandered other chances and saw two efforts saved by Parma goalkeeper Luigi Sepe on a frustrating afternoon for the five-times World Player of the Year.