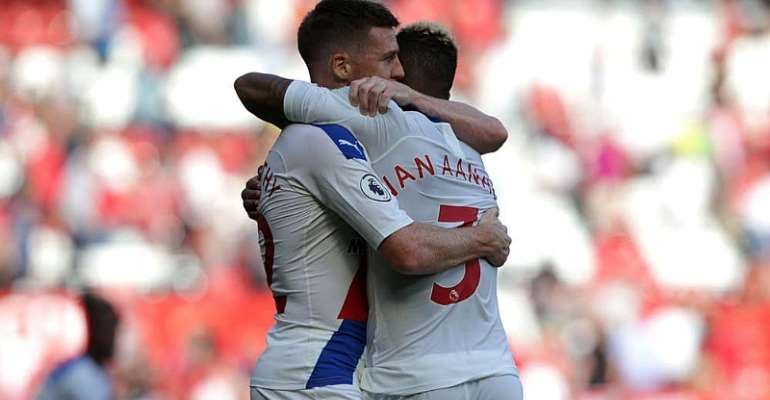 The Eagles came to the theatre of dreams with a loss and a draw from their previous matches and were determined to get a win.

Goals from Ghanaian striker Jordan Ayew and a 93rd-minute winner from Patrick van Aanholt, sealed the win for Palace after Daniel James pulled one back for the red devils in the 89th minute.

Photo: Crystal Palace
To cap their win, Crystal Palace took to Twitter to quote a tweet from Manchester United saying they wished they were playing Chelsea again.