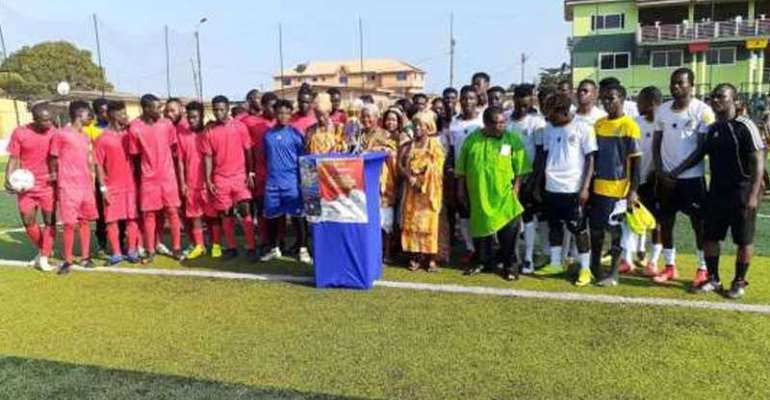 The 2019 Ga Adangbe Youth Sports Festival and Tourism has been launched, with a football match between Christian and Muslim communities in Accra.

The launch took place at the Lords Wembley at Sukura, a suburb in Accra with the Christian football team beating their Muslim counterparts by a goal to nil to usher in the month long sports and tourism programme.

Mr. Edward Coleman, organizer for the event said the activities, which would include football, handball, basketball, lawn Tennis and tourism would be held throughout all the Ga Adangbe communities in the Accra to preach peace ahead of the 2020 presidential elections.

‘‘This Unity Games and Tourism 2019 is in conjunction with the Ga Adangbe Youth organisation aimed at preaching peace among the Christians and Muslims.

‘‘The theme for this year is Ga Adangbe Youth Sports Festival and Tourism, which is aimed at promoting peace and development among the Muslims and Christian in the society, especially in the Ga Adangbe communities.

‘‘Often, the youth are used to perpetrate crime in the build up to elections, which goes a long way to affect the society, so we have come together to let the youth know that there is more to life than being used for political gains’’.

According to Mr. Coleman the festival, which is being supported by Dr Mahamudu Bawumia, Vice President of Ghana and Mr. Kennedy Agyapong, Member of Parliament for Assin North, would have more football galas in the coming days with the final in October, 2019 at the La Salem park and be crowned with the final durbar at the Movempick Hotel Accra in October 05, 2019.