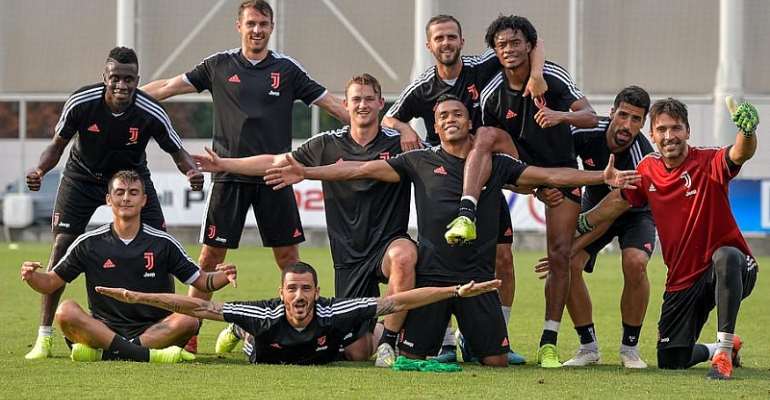 Juventus begin their Serie A campaign at Parma on Saturday looking to push their record Scudetto run to nine but with a different style of football under new coach Maurizio Sarri, who will miss the opening fixtures with pneumonia.

Behind, Napoli and Inter Milan are waiting in the wings hopeful that Sarri’s arrival can lead to turmoil in Turin and a changing of the guard in Italy.

Carlo Ancelotti’s Napoli have not won the title since 1990 and open at Fiorentina on Saturday with Antonio Conte’s Inter at home to promoted Lecce on Monday.

Like Sarri, Conte last coached at Chelsea, and along with three-times Champions League winner Ancelotti, Serie A have a world class coaching setup this season.

Juventus start the season without Sarri however, who will miss the Parma game and his former club Napoli in Turin on August 31 with pneumonia. The 60-year-old is still overseeing training.

Sarri has replaced Massimiliano Allegri whose pragmatic style of football fell out of favour despite his trophy-laden five years.

Juventus are targetting a 36th Scudetto but their main objective remains the Champions League which they have not won since 1996.

“Sarri has prepared us well and gave us his philosophy,” said former Paris Saint-Germain midfielder Rabiot.

“I’m managing to create an excellent affinity with Cristiano Ronaldo because he also plays on the left.

“Training with him allows me to improve myself a lot and his presence is very good for the group.”

RAISED THE BAR
In Milan, Conte, who led Juventus to the first three in their series of eight titles, has also been given money to spend to give Inter a first Serie A title since 2010.

“Conte’s arrival has brought enthusiasm but above all, it has raised the bar,” said Inter defender Danilo D’Ambrosio.

“From a mental point of view, Conte and his staff are winners.”

Inter are still in talks with Manchester United for Chilean forward Alexis Sanchez with the transfer window slamming shut on September 2.

Radja Nainggolan and Ivan Perisic have both left with the conflict between the club and former captain Mauro Icardi still not resolved.

“Juve are absolutely the strongest,” said Mancini who won three Serie A titles with Inter.

“Let’s not forget that they have been winning for eight years and they have again reinforced.

“I see Napoli as dangerous, they have the same players who have been playing together for years while Inter have made four to five changes and lose important players like Icardi and Perisic.

“For the moment I would line out in a row Juve, Napoli and Inter.”

Behind are Atalanta, a surprise third last season, followed by AC Milan, Lazio and Roma.

The side from Bergamo play at SPAL with AC Milan at Udinese with Roma hosting Genoa.

Promoted Brescia head for Cagliari with new signing Mario Balotelli sitting out a four-match ban, with Verona at home against Bologna.