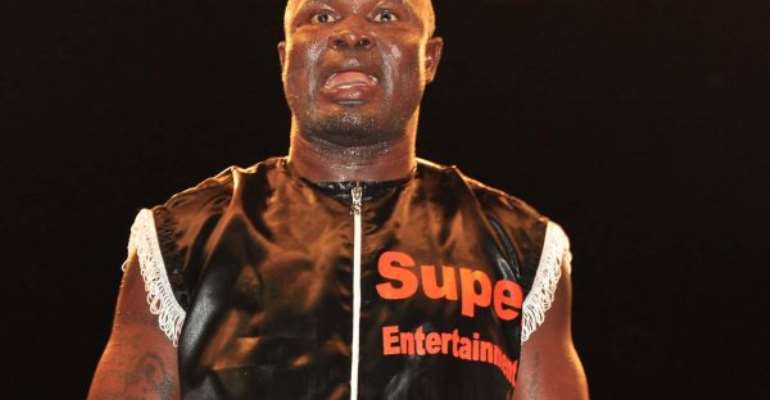 Kamoko who has lost only once in his professional career is sure of bringing joy and happiness to his family and friends.

The dreaded boxer who called himself the ‘African Mayweather’ until he was knocked out by Samir Bastie will fight Hungarian Ferenc Albert (27-16, 15KOs) at the St. George Hall in Bradford, UK on September 7, 2019.

According to Bukom Banku losing just one fight is no big deal as many world champions have lost, with the exception of a few like his idol Floyd Mayweather of the USA and Rocky Machiano.

He said even all the best popular Ghanaian boxers have lost before and the defeat has taught him many lessons in life.

“Show me a Ghanaian champion who has never tasted defeat before….the likes of Azumah Nelson, Joshua Clottey, Ike Quartey, Joseph Agbeko and the rest, I have learnt alot from my defeat to Samir Bastie and hopefully I will show that on fight night in UK. Look this is my first international pro fight and I intend to make a statement.” Bukom Banku said.

The Ghanaian cruiserweight boxer and the current WBO African champion has promised to stop his Hungarian opponent and establish himself as one of Africa’s best boxers.

“I am going to stop Albert Ferenc in round 5. This fight won’t travel far. I tell you.” Braimah Kamoko continued.

World Boxing Organisation Africa Cruiser Title holder and is arguably Ghana’s most popular boxer. He calls himself ‘the president of Ghana boxers’