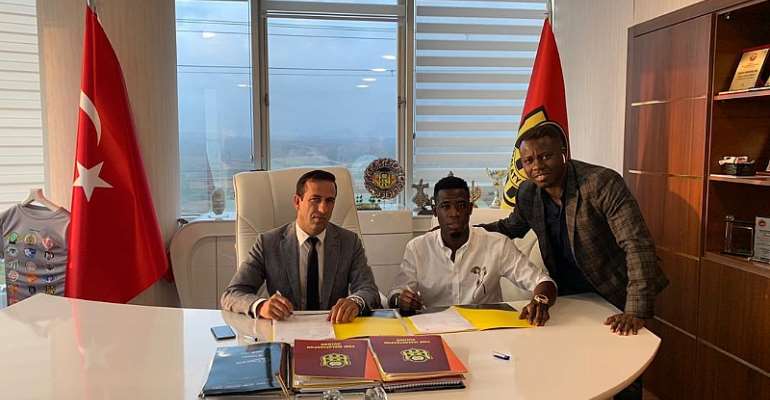 The confirmation follows an earlier publication indicating that the former Parma midfielder was on the verge of signing for the top-flight side.

He has now penned a two-year contract with an option to extend for another year after successfully passing a mandatory medical examination on top of an agreement by both parties.

Afriyie Acquah joins Yeni Malatyaspor as a free agent and will be expected to provide a strong shield for his new side in defense when he gets going.

The 27-year-old middle man is switching to the Blood and Gold having featured for Italian Seria A club Empoli in the 2019/2020 season where he managed to score two goals in 28 appearances.