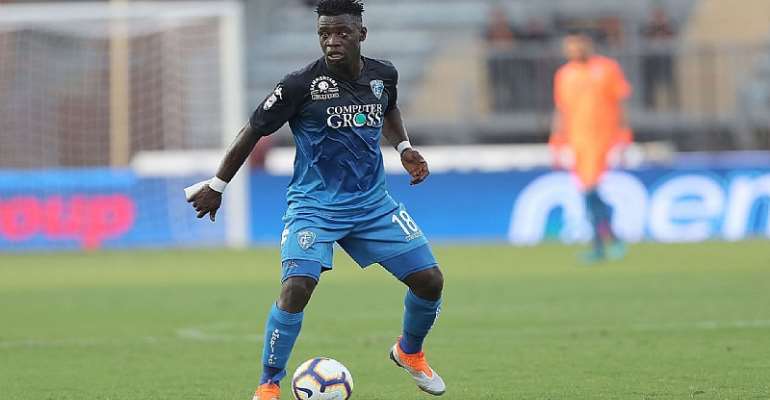 Ghanaian midfielder Afriyie Acquah is close to completing his anticipated move to Turkish Super Lig side Yeni Malatyaspor for the ongoing 2019/2020 season.

The Black Stars defensive midfield minded player is currently without a club after seeing out his contract with Italian club Empoli.

Though he has been in contact with a number of clubs in Europe, reports indicate that he is set to join the Malatya-based team after successfully completing a mandatory medical examination on Friday morning.

His handlers are finalizing talks with the Turkish club to allow the Ghanaian to pen his signature to the dotted lines before close of the week.

Yeni Malatyaspor is securing the services of Afriyie Acquah to ensure they enjoy another campaign in the top-flight league just as they did throughout the 2018/2019 season.

It is understood that the 27-year-old Afriyie Acquah cannot wait to complete the deal as a free agent as he looks forward to the new challenge in his football career.

The former Parma middleman made 28 appearances for Empoli in the Italian Seria A and managed to score 2 goals in the process.