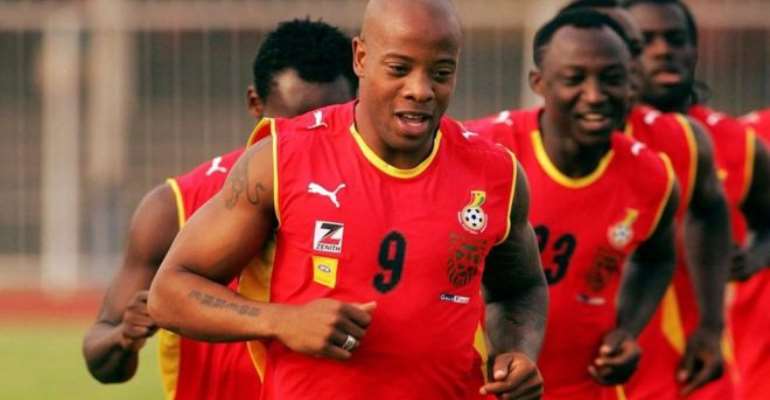 Former skipper of the Black Stars, Stephen Appiah has revealed that Junior Agogo was planning to visit his motherland next week.

The former Ghana striker was confirmed dead on Thursday morning in a hospital in London.

According to the technical coordinator of the senior national team, they were shocked to the marrow when they heard about the sudden death of the former Nottingham Forest striker.

The former Juventus and Fernabache midfield dynamo say when the news broke in the early hours of the day, he called Agogo’s brother in Accra who confirmed the sad news.

“When Ghana played Ivory coast in the 2008 third-place game we went to Fiesta Royal and after that, we went to a club at Labone called Monte Carlo," he told Asempa FM.

“When he came to the club everyone was caught in awe of Agogo and everything was a standstill.

“In Italian, they call Emmanuel Manu so I used to affectionately call him Manu Manu.

"I have been talking to him and he promised to visit Ghana next week so I was surprised to hear of his death.

“All the players in camp at the 2008 Afcon used to love Agogo because he was a likeable man,” he said.

He advised Ghanaians that death is inevitable and could come anytime so everyone should be prepared for it as it can come unannounced.

Appiah further reiterated that Manuel Agogo had a short stint with the national team but was hugely popular and likeable.