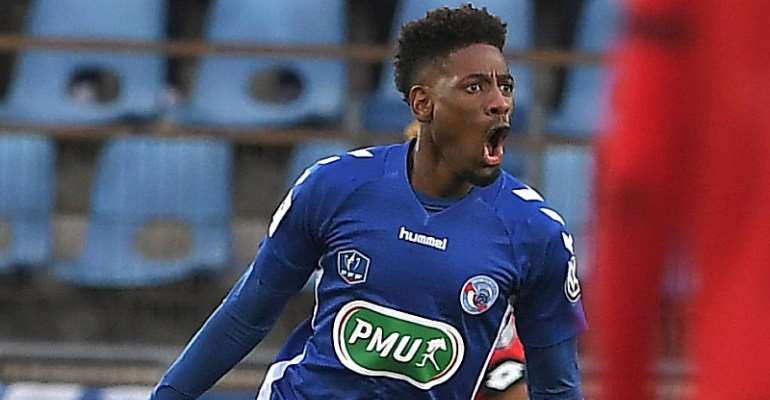 Strasbourg have taken a shock lead in their Europa League play-off after beating last year's semi-finalists Eintracht Frankfurt 1-0 in the first leg.

The Alsatians, who are hoping to seal their first European qualification in 13 years, scored the only goal of the game on Thursday night after Kevin Zohi scrambled in Dimitri Liénard's first-half corner.

Frankfurt dominated the second period and were disallowed a penalty when a shot struck French defender Alexander Djiku's hand, to the fury of the away side.

The hosts resisted the German assaults to earn a one goal advantage going into next week's second leg at the Commerzbank Arena.

The atmosphere at the Stade de la Meinau was electric at full-time, as Strasbourg look to continue rewriting their history after last season's Coupe de la Ligue triumph.

Eight years ago, the club went into liquidation and were demoted to the fifth tier of French football.

Strasbourg finally returned to Ligue 1 in 2017, and are now in pole position to embark on a European journey this season.

They have already overcome Israeli side Maccabi Haifa and Bulgarian outfit Lokomotiv Polovdiv to reach the play-offs, and are 90 minutes away from securing their place in the group stage.

Elsewhere in the Europa League, English side Wolverhampton Wanderers edged Torino 3-2 in a thrilling game in Italy, while Celtic comfortably beat AIK 2-0 in Glasgow.