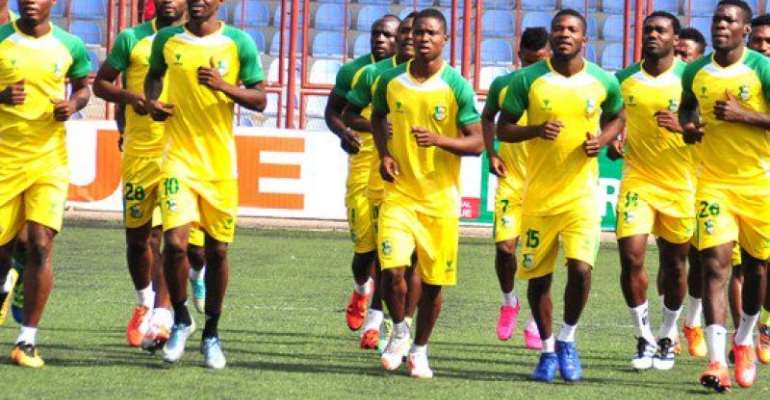 Ibrahim Iddrisu, Kano Pillars goalkeeper has insisted that his outfit are ahead of Asante Kotoko in the Caf Champions League by virtue of a 3-2 triumph in the first leg.

The Ghana Premier League heavyweight will host the Nigerian side in the return leg at the Baba Yara Sports Stadium on Sunday.

Despite playing the CAF Champions League for the first time since 2005, Ibrahim Musah beleives his side are eyeing for victory in Kumasi.

"We are currently camping at Kaduna and preparing for the match in Kumasi against Kotoko," Ghanaian player Iddrisu told Fox FM in Kumasi.

"I was surprised when I saw the Kotoko line-up in the first leg, they did well and such is football.

“We did not like the scoreline because we didn't expect them to even score a goal here, but that is football.

"For now we are not under any pressure because we are leading, if you want someone who is under pressure, then that is Kotoko."

The winners on aggregate will secure a ticket to face Hafia FC of Guinea or Tunisian club Etoile du Sahel in the second round of the championship.