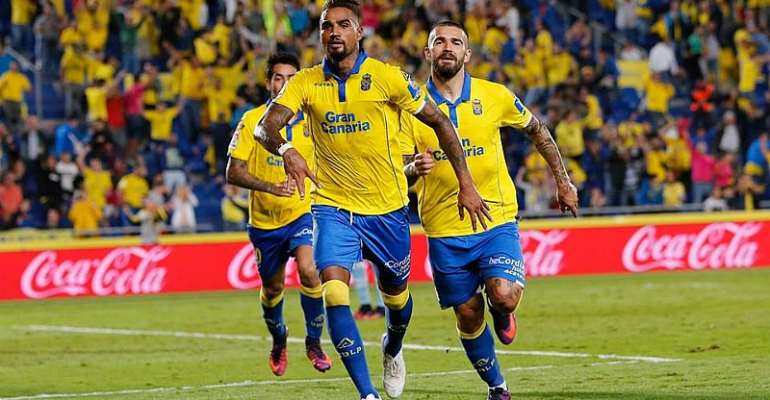 The former AC Milan, Tottenham Hotspurs and Borussia Dortmund striker scored on his debut for Las Palmas on August 22, 2016, at the Mestalla Stadium against Valencia.

Las Palmas won the match 4–2 away from home.
Three years down the lane, the 32-year-old has been remembered for scoring on his debut for the club.

Boateng joined the La Liga side from AC Milan on August 2.