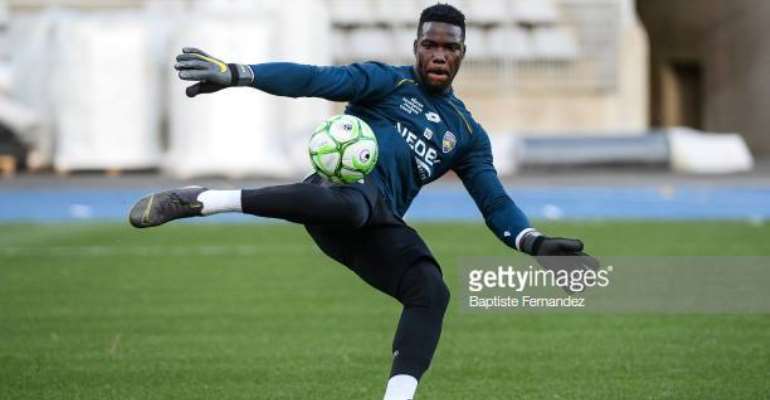 Information gathered by Modernghana Sports indicates that Ghanaian goalkeeper Lawrence Ati-Zigi will be penning a contract extension at French lower division side FC Sochaux-Montbéliard in the coming days.

The player joined the Ligue 2 outfit in 2017 from Austrian side Red Bull Salzburg on a four-year contract. Since his arrival at the club though, he has been forced to settle for bench-warming duties in favor of club captain Maxence Prévot.

Despite playing minor roles in the last couple of seasons, he has not enjoyed as many minutes as he would have wanted until this season when Maxence Prévot got injured.

Lawrence Ati-Zigi has now taken charge and has been manning the post for FC Sochaux-Montbéliard until last weekend when Prévot returned to the team’s lineup against Lorient.

The Ghanaian has impressed his employers who have now decided to offer him a new contract that will extend his stay at the Stade Auguste Bonal.

According to checks, negotiations between the two parties are far advance with Ati-Zigi set to pen his signature on the new contract that will see him also benefiting from an improve monthly wage.