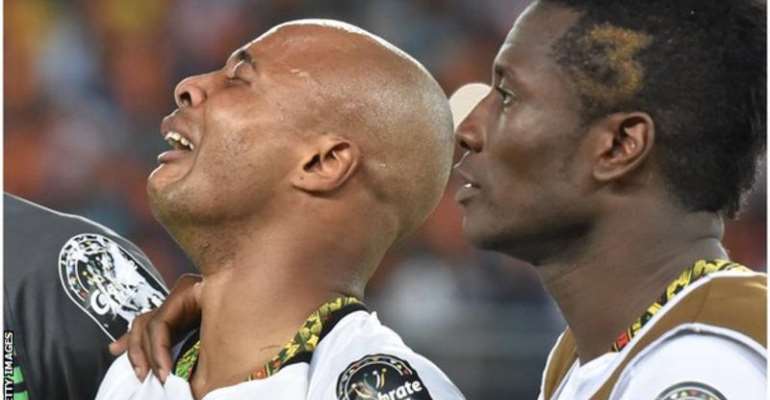 Captain for the Black Stars, Andre Dede Ayew has paid his tribute to the deceased Ghana striker Junior Agogo through an emotional post on his official Twitter page.

The ex-Nottingham forward was pronounced dead in the early hours of Thursday, August 22, 2019, whiles receiving treating in England.

He has been battling with stroke since 2015 and has now, unfortunately, kicked the bucket at the age of 40.

Former u-20 World Cup winner Ander Dede Ayew has joined the rest of the world to mourn the death of the once strong attacker. In an emotional post on his Twitter handle, the Swansea midfielder has revealed that today is one of the worst days of his life.

Junior Agogo and Dede Ayew played together during the 2008 Africa Cup of Nations (AFCON) tournament when it was hosted in Ghana. The pair bonded well and became good friends after the continental showpiece.

His demise has hit Ayew just as it has to many all over the world, especially in Ghana.