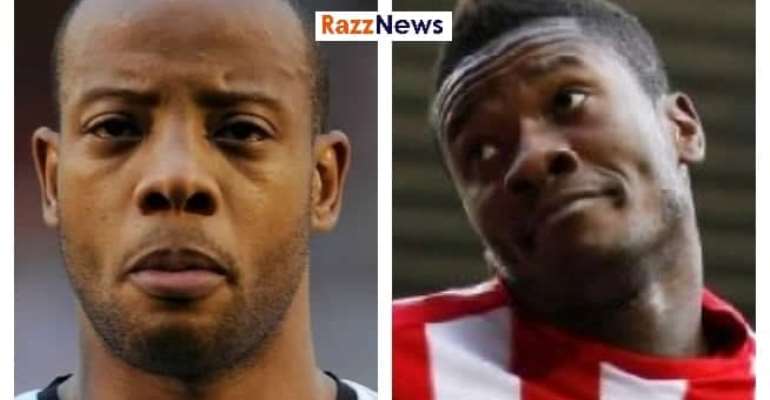 Celebrated Ghanaian football star, Asamoah Gyan has reacted to the death of his brother and former Ghanaian soccer legend, Junior Agogo who played for Zamalek.

The late Ghana striker, who died at the age of 40 died in London on Thursday morning.

The cause of his death is immediately not known but RazzNews.com checks indicate that he passed away in a hospital after his initial stroke-related disease surfaced on his health.

Reacting to the death, Asamoah Gyan shared a photo of the departed Junior Agogo in the national team jersey on Instagram and wrote; “Thanks for the memories JUNIOR. R. I . P bro.”

Asamoah Gyan and Junior Agogo co-played during the Afcon 2008 hosted by Ghana.

Their pair is considered as one of the best in the history of Ghana. 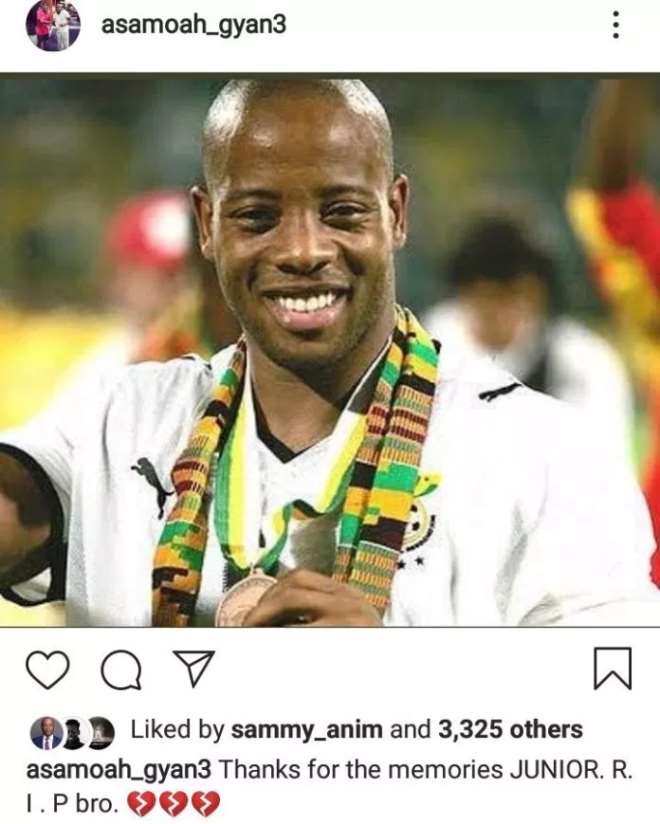