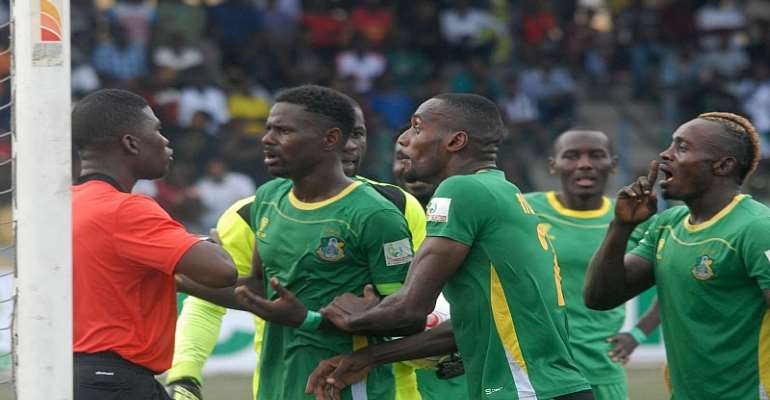 Kano Pillars captain, Rabiu Ali says his outfit is expecting a tough challenge ahead of their Caf Champions League away decider against Asante Kotoko on Sunday.

The Nigerians side humbled the Ghanaian giants 3:2 in a preliminary first round at the Sani Abacha Stadium.

The Porcupine Warriors will host the Pillars in the second leg fixture in Kumasi on Sunday.

The winner on aggregate will secure passage to face Hafia FC of Guinea or Tunisian club Etoile du Sahel in the second round of qualifying for the championship.

“We are not expecting an easy match in Kumasi against Asante Kotoko," attacker Ali, who netted the second goal and set up Gambo Mohammed's match-winner in the first leg, told CafOnline.com.

"Unlike in the first leg, we know what to expect in the second leg match.

“It was a difficult game for us in Kano. Now we have to prepare well ahead for the return leg in Kumasi because we know Asante Kotoko is big club.

“Football is full of surprises and nobody can predict the outcome of the match in Kumasi because it will be a big battle.

“We will press for a win against Asante Kotoko in Kumasi and we can’t be talking of defending.

"We have players that can help us and I think Mohammed Gambo who scored the winning goal for us against Asante Kotoko in Kano would be our joker again in Kumasi.

“Matches like this is very difficult to predict. It’s going to be a tough match but we are hopeful of qualification to the next round."

Pillars are playing in the Champions League for the first time since a first-round elimination in 2015.