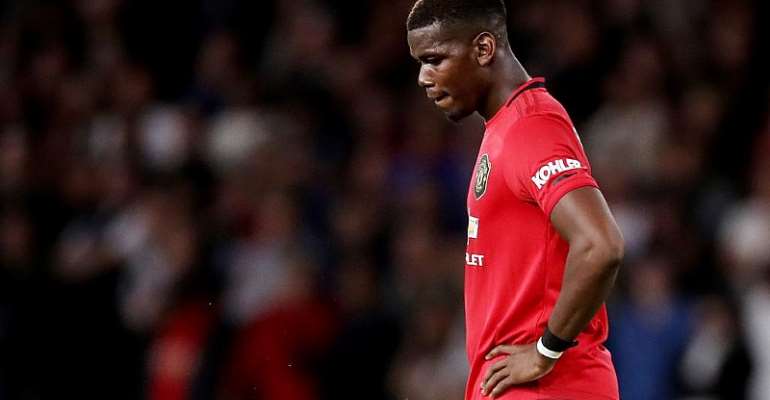 Twitter have agreed to meet with representatives of Manchester United in a bid to prevent racism towards footballers on social media.

United executives want to meet with Twitter after their French midfielder Paul Pogba was the victim of abuse following his penalty miss in Monday's 1-1 draw with Wolverhampton Wanderers.

The World Cup-winning star became the third player in a week to suffer racial slurs on the platform, after Chelsea's Tammy Abraham and Reading's Yakou Meite also reported abuse.

"Over the next few weeks, Twitter representatives will meet with Manchester United, Kick It Out and any other civil society stakeholders interested in hearing about the proactive work we are doing to address online racist abuse towards footballers in the UK," Twitter said in a statement.

"We have always maintained an open and healthy dialogue with our partners in this space, but we know we need to do more to protect our users. Racist behaviour has no place on our platform and we strongly condemn it.”

Twitter rules prohibit users from threatening or harassing people on the basis of race or ethnicity.

Anti-discrimination charity Kick It Out published a report in July revealing incidents of racist abuse increased by 43 percent last season.

"The number of posts such as these since the start of the season further highlights how discriminatory abuse online is out of control," the charity said on Tuesday.

"Without immediate and the strongest possible action these cowardly acts will continue to grow."

Some of the tweets aimed at Pogba were later deleted while several accounts appeared to have been taken down.

United promise action
Manchester United released a statement publically condemning the abuse and pledging to take the strongest possible action on those involved.

"The individuals who expressed these views do not represent the values of our great club and it is encouraging to see the vast majority of our fans condemn this on social media also," the club said.

"Manchester United has zero tolerance of any form of racism or discrimination and a long-standing commitment to campaigning against it through our #AllRedAllEqual initiative.”