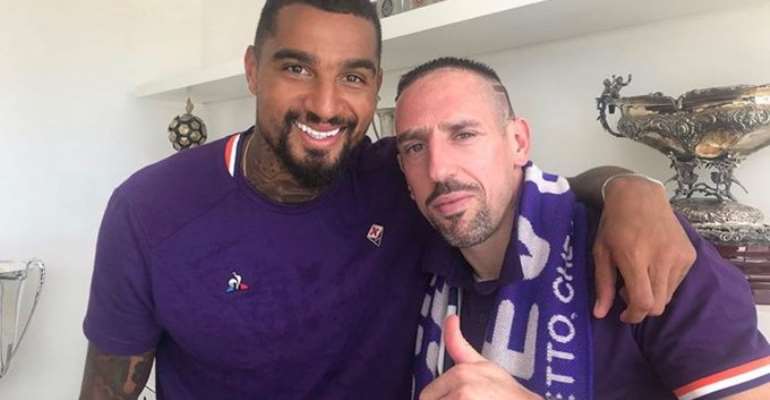 Ghana forward, Kevin-Prince Boateng has welcomed Franck Ribery to the club following the completion of his permanent move.

After departing Bayern Munich at the end of last season, the French international penned a two-year deal with the Viola to become their seventh signing of the summer.

Ribery's arrival is expected to boost the attacking options in Vincenzo Montella's squad as they aim for a place in Europe this term.

Boateng, 32, who joined Fiorentina from Sassuolo last month, is relishing the opportunity to play alongside his former opponent in the German Bundesliga.

The former Barcelona and Las Palmas forward faced Ribery on several occasions during his spells at Borussia Dortmund, Schalke 04 and Eintracht Frankfurt.

Boateng and Ribery will hope to play together when Fiorentina begin their 2019-20 Serie A against Napoli on Saturday.