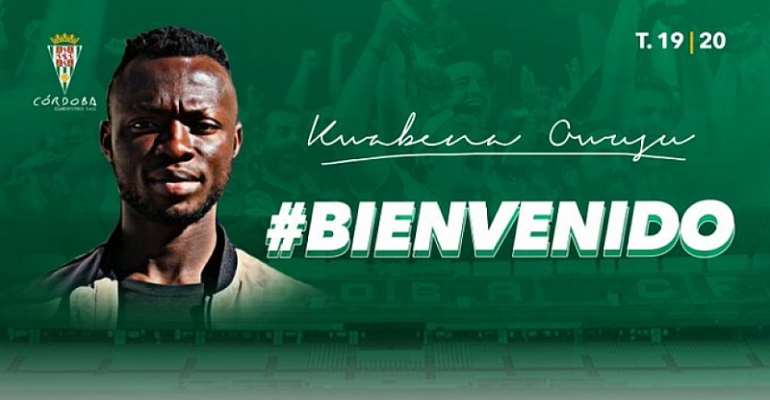 Spanish third-tier side, Cordoba CF have completed the signing of the Kwabena Owusu on a long season loan deal in the ongoing summer transfer.

The Ghanaian striker joined the Green and White lads from Leganes CD.

"I have joined Cordoba CF on a season-long loan deal from my parent club Leganes CD," the 21-year-old told Kickgh.com

"It's great to join one of the traditional clubs in Spanish football. I am hoping to excel here as well."

Owusu has been loaned out to Real Oviedo, Cartegena, Toledo and spent last season at Salamanca CF where he scored ten goals in 25 matches.

Following his sterling performance at Leganes CD, he earned a call-up to the Ghana U23 team and has bagged four goals in the Africa U23 Cup of Nations qualifiers.

Owusu was a member of the Black Stars squad that represented Ghana at the 2019 Africa Cup of Nations in Egypt.