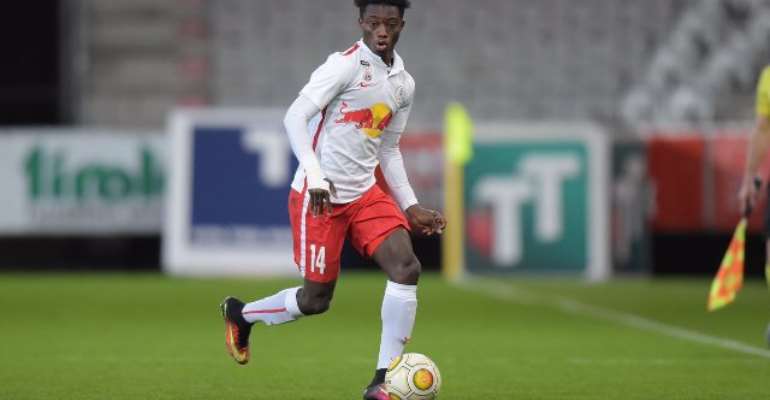 The directors of Barcelona have expressed their interest in boosting their B-team with the presence of Ghana youth international Gideon Mensah, according to Sport.

The Spanish giants have opened negotiations with RB Salzburg to take Mensah on a season-long loan with the option to buy at the end of the season.

The 21 year old had a temporary stint with Austrian Bundesliga outfit Sturm Graz in the second half of the 2018-19 campaign.