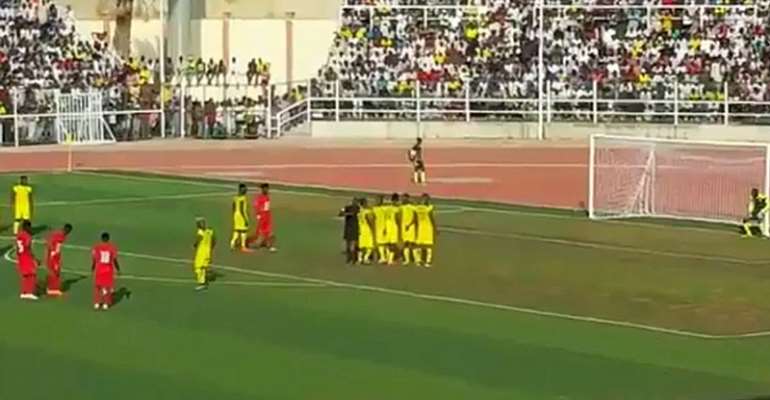 Goalkeeper for Kano Pillars, Ibrahim Iddrisu has stated emphatically that Kumasi Asante Kotoko is under pressure to perform ahead of the return leg of the first qualifying round of the CAF Champions League this weekend.

The two clubs are set to lock horns at the Baba Yara Sports Stadium on Sunday, August 25, 2019, to try and cement qualification to the next round of CAF’s top-tier inter-club competition.

Speaking in an interview with Fox FM ahead of the upcoming fixture, Ibrahim Iddrisu shared that the Nigeria giants are not happy with the 3-2 scoreline from the first leg.

Nonetheless, they are confident of progressing to the next stage of the competition because there is no pressure on them after winning the first match at the Sani Abacha Stadium.

“We did not like the scoreline because we didn't expect them to even score a goal here, but that is football. For now, we are not under any pressure because we are leading. For now, if you want someone who is under pressure, then that is Kotoko”, he said.

Having given an update on the team’s preparation, the goalkeeper further applauded the performance of the Porcupine Warriors when they visited Kano a couple of weeks ago.

“We are currently camping at Kaduna and preparing for the match in Kumasi against Kotoko. I was surprised when I saw the Kotoko line up in the first leg, they did well and such is football”, Ibrahim Iddrisu.

The crucial match between Kotoko and Kano Pillars will come off at the Baba Yara Sports Stadium on Sunday, August 25, 2019.