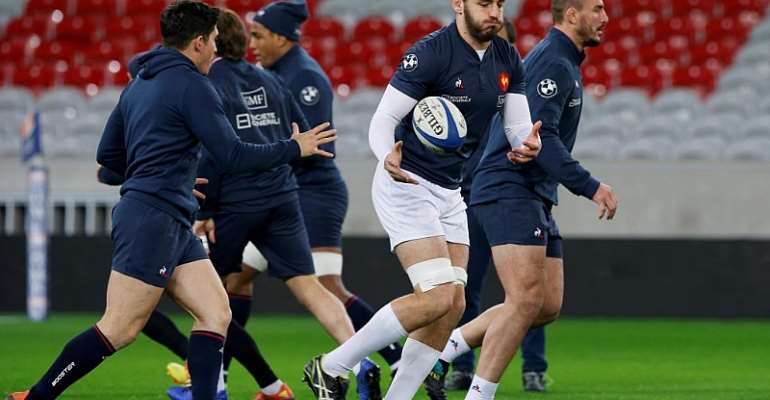 France forward Paul Gabrillagues is set to miss next month's Rugby World Cup in Japan after he was handed a six-week suspension for foul play.

World Rugby found Gabrillagues guilty of a head-first challenge on Scotland's John Barclay during their 32-3 win over the visitors in Nice on Saturday.

Les Blues name their World Cup squad on September 2 and the Frenchman is likely to miss out as the ban rules him out of action until October 6.

The sanction would mean the 26-year-old would miss his country's first three matches against Argentina, the USA and Tonga.

Admission of guilt
"The disciplinary committee, having considered the evidence and the submissions, deemed that the foul play was intentional," World Rugby said in a statement after the committee reviewed footage of the incident.

"The offence took place at considerable pace and with considerable force to the opposition's head such that the player sustained an injury."

"The committee determined that the act merited a top-end entry point which according to World Rugby's Sanctions Table carries a minimum 10-week suspension."

The 10-week suspension was reduced by 40 percent as Gabrillagues admitted his guilt and issued an apology.

He has 48 hours to appeal the decision.
New guidelines
Heavier sanctions for high tackles look likely at this year's World Cup, after World Rugby provided new guidelines on penalising dangerous challenges in May.

They also announced a plan earlier this month to trial a ban on tackling above the waist to make rugby union a safer sport.

Three players died in French rugby last year, and if the trial is successful it could be made permanent law in time for the 2023 World Cup.

The game's governing body revealed the idea will be initially experimented at community level in France.