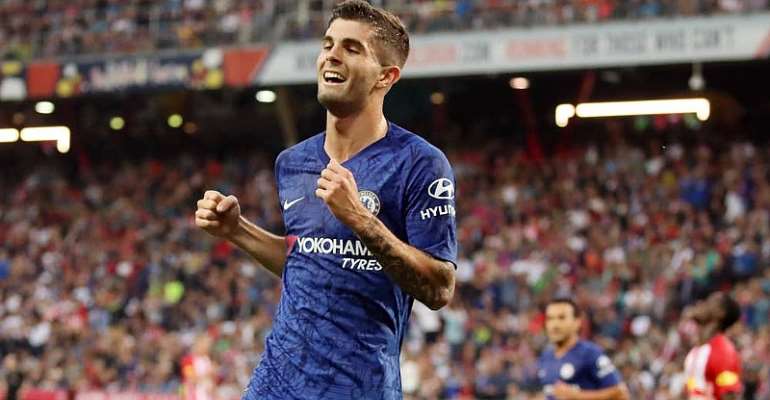 Christian Pulisic rejected a move to Manchester United because his father ‘could not stand’ Jose Mourinho.

The United States international joined Chelsea in the January window for £57.6million (€64million) and was instantly loaned back to Borussia Dortmund.

However, it transpires the 20-year-old could well have made the move to Old Trafford had it not been for Mourinho.

According to a report in The Telegraph, Pulisic turned down an offer from the Red Devils.

His old Brackley Town coach and former Chelsea winger, Robin Walker, confirmed United were interested in signing the wonderkid, but a move was always unlikely.

“He wouldn’t go to Manchester United because of Jose Mourinho. His father couldn’t stand Mourinho because he didn’t promote young players,” Walker said.

The Portuguese was sacked by United in December 2018 after leading the club to their worst ever Premier League start.

Meanwhile, Pulisic has made an encouraging start to life at Stamford Bridge, impressing in the UEFA Super Cup defeat to Liverpool in Istanbul last week.

New boss Frank Lampard is yet to win a game since replacing Maurizio Sarri as manager in the summer but faces Norwich City on Saturday at Carrow Road.