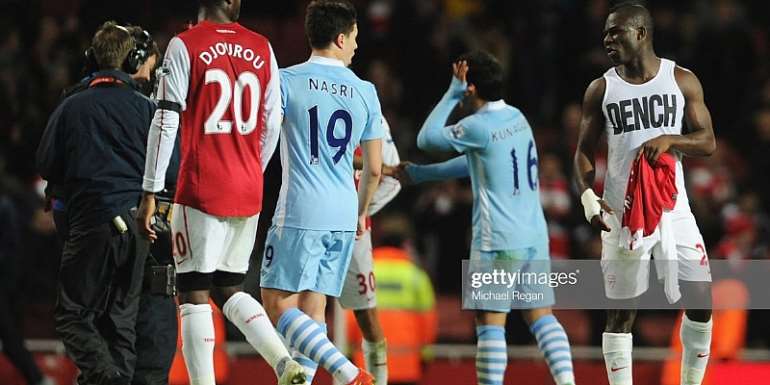 The pair played under former Arsenal manager, Arsene Wenger at the Emirates Stadium.

In November 2011, the two were involved in a heated brawl during a League Cup match between Arsenal and Manchester City, an experience Frimpong still recounts and holds it against his former colleague.

“I have always had so much respect for senior players,” the former Arsenal midfielder tells The Athletic.

“You can ask Aaron Ramsey, you can ask Jack Wilshere. I never disrespected anybody. But for me, the truth is I’ve never liked Nasri and I will never, ever like this guy. Even if he gives me five billion dollars, I will still not like him.

“During the game, he told me he could buy me. That’s how stupid this guy is. He probably could then because he had millions, but that’s no respect.

“I feel like he was a bully, I feel like he didn’t know his responsibilities as a senior player to be able to help younger players.”

At age 27, the one-capped Ghana midfielder was forced to retire after battling constant knee problems which halted his career hence his decision to call it a quit at a premature time.